With Manchester City the biggest drop in form has suffered Tottenham. Roosters from the fight for the title came into a situation that neither the Champions League place is  safe, on the contrary, if they continue with this pace it will be difficult for them to remain in fourth position which they currently occupy. 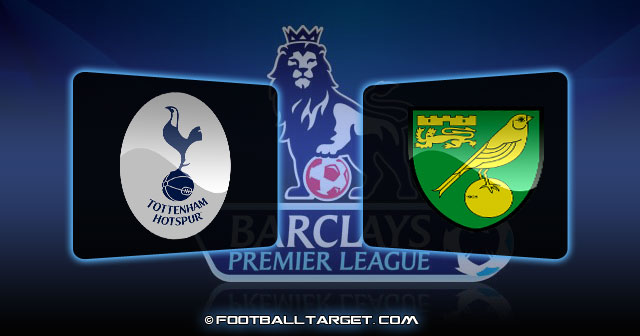 Therefore, the arrival of unburdened Norwich is a right moment for a change. Points with a good game would bring an additional impulse to the league finals, where awaits them great struggle to maintain position,how Arsenal has only two points more, with repair of form they could get involved in the hunt for Gunners. But Redknapp has to find a winning formula, Bale and Modric should show why half of Europe are looking for them, while Adebayor and Defoe needs to score  more.

Redknapp said: “We’ve got six games and an FA Cup semi-final to look forward to. We haven’t got to play any of the top six now, and we’ve got some decent home games.

“I think you can get too uptight about it. You’ve seen teams get in good positions before but then the pressure gets to them. We’re quite a laid-back bunch and we’ll just get on with it.”

“I will make a few changes for sure. I couldn’t start Aaron because of his hamstring problem [at Sunderland], so I thought I’d save him for Monday.

“I had to bring him on 10 minutes before I would have liked, but I gave him 30 minutes and he should be okay. Most of them should be okay, but I will freshen it up.”

“Paul Lambert has had an incredible season,” said Redknapp. “He has done fantastic there. I think what those three [Lambert, Brendan Rodgers and Alan Pardew] have done is amazing.”

Watch this match live from ours live stream section.