This Tuesday on the iconic Princes Park the home side PSG will host the Spanish Giant Barcelona FC in not only the most interesting match of Group F , but certainly one of the biggest matches of the whole group stage of the Champions league competition this year. 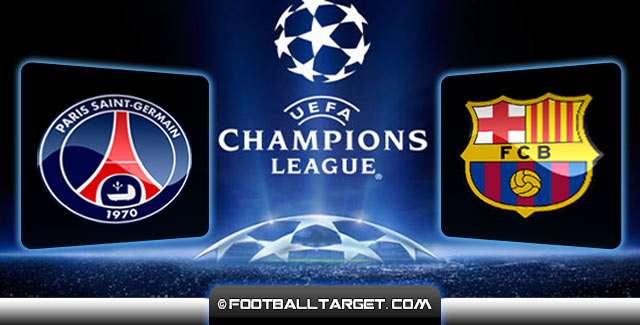 Goals and Match replay – available after the game

At the beginning of the season both clubs are without a single defeat, but the French Champions have won only three and drew 9 of them, as well as in the first round of the Champions league season 2014/15 against Ajax in Amsterdam , while Barcelona won most of them.

Last season, these two clubs have met in the quarter finals and both games ended without a winner, but Barca still passed further due to more away goals scorers.

PSG’s ambitions this season considering a great team full of stars are big. Not only another Ligue 1 title is a must do thing, but the French side aims higher, to win the Champions league title this season. They have what it takes, but they opened the new Ligue 1 season badly. They yet have to suffer first defeat, but 5 draws including the one in Amsterdam and only three wins is not a good and expected start. Currently they sit on the fourth place having 5 points less than the league toppers.

Against Lyon, Rennes and Ayax, PSG had a lead but the late goals saw off the French side with a points, while in the Last round against Toulouse they were behind and in the end scored for another draw. Ibrahimovic didnt played that match due to injury, and he will miss this one to, while Ezequiel Lavezzi and Thiago Silva are also ruled out due to injury.

Tradition is on PSG’s side as Barcelona have never won in France, while PSG have not lost the last 29th home European games.

Barca looks perfect, from 7 games , 6 in La Liga and 1 in the Champions league, the Catalans have won 6 of them. They played against Malaga 0-0, but what makes it perfect are the current stats. From the opening 7 games, Barcelona didnt conceded a single goal, which neither club managed to do it in La Liga so far. Against APOEL, Barcelona celebrated 1-0 but it wasnt a good game. Still, in the last two La Liga rounds Barca smashed Levante 6-0 and Granada 5-0. Messi & Neymar with a new face in the team, Ivan Rakitic play perfect, while Suarez is still serving his suspension. Neymar scored 3 in the last game, Rakitic one and Messi two, but the Argentine player has broken a new record as he reached a 400 goals milestone.