Definitely not the best moment for QPR visit of city rivals, Arsenal. Gunners are in full rush, trampling all before them, have a 6 win in a row. QPR was in a bad series, the last 9 games they have only beaten Liverpool and it’s not something big,anyone has beat Liverpool.

Arsenal climbed high on the table, now slowly cemented third position.Gunners has a 3 point lead over Tottenham. Arsene Wenger once again proved to be a coach who is able to make the sorts of things from the football team in a season in which he left without Fabregas and Nasria.Wenger again managed to create a team that is able to compete with anyone in the Premiership. 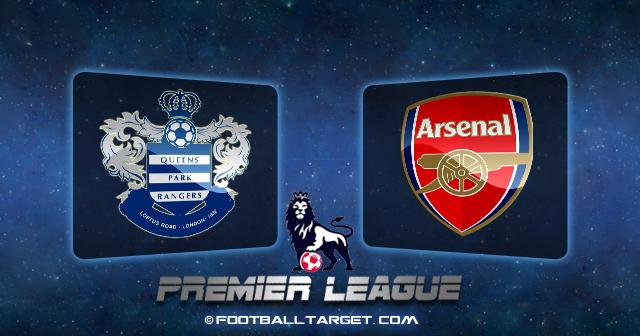 Looking at Arsenal now, we can not even imagine where would be Gunners if they managed to keep such great players last year, but this is the club policies. QPR have the hard days ahead. The struggle for survival is their fate, as they are one of the main candidates for relegation. At home there are a tough nut, the last two games at home remained unbeaten against teams from Liverpool, they took point from Everton and, all three from Liverpool ( video). Can they rip off something to city rival Arsenal ?

Mark Hughes,QPR manager : “I think Joey was trying to emphasise the importance of the game.

“I think we all understand we want to stay in the Premier League and that is our aim. We are fully focused on that challenge.

“If we can play as we did against Liverpool [where QPR won 3-2] against the top sides we are coming up against then that will go along way to whether we stay in the league.

“It is down to us and I that’s the point Joey was making.

“We all have to stand up and be counted and make sure that we give it our best shot. That is certainly what we will be doing.”

“Arsenal are playing exceptionally well, obviously they’re winning games and their confidence is growing as a consequence of that,” Hughes said.

“I think the key thing to that is they have got lot of width and pace to their play at the moment.

“Maybe earlier in the season when they were struggling a bit the threat from wide areas possibly wasn’t as forthcoming as it is at the moment.

“The likes of [Bacary] Sagna and [Kieran] Gibbs are now playing and giving them a real option out wide, which all the good Arsenal teams had in the past.”