Another very interesting game awaits us in the duel of England Premier League where Tottenham will cross their forces against a QPR team which is located in a fierce battle for their survival in the Premier league. Harry Redknapp’s team expects another very tough match after a series of fairly inconclusive games in recent time. 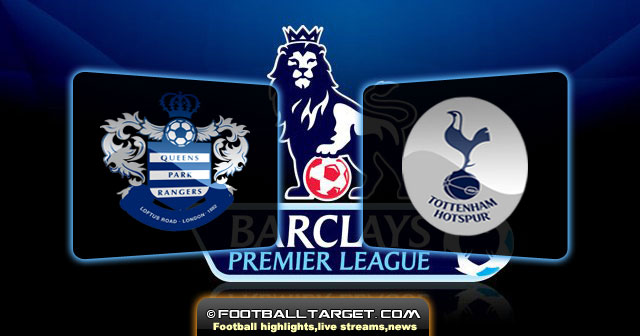 It appears that the home team QP Rangers showed signs of life in the past month, after they have made a priceless victory over teams from Liverpool, Arsenal and Swansea.

Mark Hughes team is currently two points ahead of Bolton which takes 18th place at the table, and Bolton has two games less.
It seems that the schedule of forthcoming matches does not go into the hands of QPR’s team at all, because after this match with Spurs they have duels against Chelsea and Manchester City in the remaining four matches so for them any point will be valuable from these games starting from today.

Djibril Cisse returns to the lineup after been missing four games due the suspension and we could seen him in plans of coach Hughes, athough, regardless of that,the team’s top scorer remains Heidari Helguson is the season who scored just nine goals.Alejandro Faurlin, Kieron Dyer are out for this match and it is possible that this match could miss Fitz Hall also.

QPR probable lineup : Kenny – Onuoha, Ferdinand, Hill, Taiwo – Mackie, Diackite, Barton, Taarabt – Cisse, Zamora
From the position of fighting for the title of the Premier League, Tottenham found himself in a position to have to fight for a place among the top four on the table and their chances for placement in a European competition.
Tottenham managed to win only one of the last five league games and only two they have managed to win from the last ten games, so they found themselves with a total of 23 points away from the first placed Manchester United but more importantly five points in compared to the Arsenal which is third in the table.
Good thing for the Tottenham is that for them remains matches against teams from the bottom of the table but their three matches of the five are away one, where the Spurs managed to win just sixth of them during the season so they still have to improve their away form if they want tobe found in some place that takes them to European competions.

As for this duel, Redknapp cant count on Heurelho Gomes, Michael Dawson and Tom Huddlestonea while the question marks are Younes Kaboul and Niko Kranjcar.

Prediction : In their fight to survive in Premier league for the next season,QPR must win games especially at home.In recent time,they managed to do so,with scoring at least one goal.So ,QPR to score.