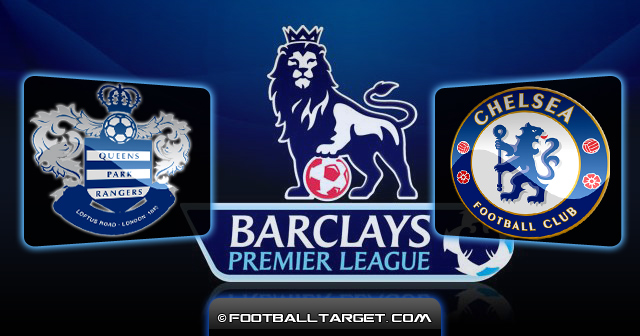 In the fourth round of the English Premier league two city rivals will meet,who opened this season on the different way. The current European champion Chelsea now has a maximum of nine points and is at the head of the table, while their city rivals QPR currently are on last place with only one point won. In the last season, both teams in the league celebrated playing at home, while Chelsea, in addition has and triumph in the FA Cup.

However, the victory in the Premier league has shown that Q.P. Rangers really can cope with the favored “blues, especially when playing at home, where they in the finish of the last year season were practically unbeatable.

But this season they desperately started at their Loftus Road where with an even 5:0 Swansea sunk them, so it is no surprise that the rich owners of the club in the meantime further spent some cash to save the club of the new embarrassments.

Specifically, in this transfer period they brought an even 10 new players, including a couple of really famous names, so that they could certainly be one of the surprises of this year’s Premiers league competition.
Even in the second round they drew away at Norwich, and showed some progress in the last line. Everyone expects that Coach Hughes in the future make better sort of all this year’s signings in midfield and attack, which should in the end led to better results.In meantime,still they need to be patience especially against the Premier league top clubs,like Man City who defeated them in the last round with 3-1 (Full match video).

Regardless, coach Hughes is likely to sent to field almost the same lineup, where Mbia could replace Ferdinand in the last line.

We have already said in the introduction that the “Blues” from London, after winning the last year’s Champions League and FA Cup, a lot more ambitious had entered in the Premier league this season, so that in the first three rounds they have the maximum of nine points and currently they at the leading position.

Specifically, first at the opening of the season they achieve a routine victory away at Wigan, after which they have celebrated at home against Reading 4-2 (Full match video) and Newcastle with 2:0.

Otherwise, before the start of the Premier league they played another official match ,in the English Super Cup, where they was defeated by Manchester City with a 3-2, so generally speaking coach Di Matteo can be quite satisfied with the performance of his attackers, while on the other side in defense there is still much room for improvements.

This was especially confirmed in the recent match of the UEFA Super Cup, where they suffered a heavy defeat of 4:1 from Atletico Madrid (Full match video), and given that in the meantime, the two of the most experienced defensive players, Terry and Cole, are questionable, as well as the first goalkeeper Cech, in this encounter with QPR´s definitely they will need to devote the most attention to this defensive segment.

On the other hand,their attack is really powerful and they could start this match with one attacking approach,hoping to score more than to concede.Anyway, in this part of the team coach Di Matteo can not count on the injured rookie Marin and fast-footed Sturridge.

Match prediction : If we bear in mind that both teams at the start of the season grown extremely offensive style of play, then in their mutual city encounter, somehow the most realistic to expect is more than 2,5 goals.