It´s official, one of the world’s best players Radamel Falcao the next five seasons will be playing for AS Monaco, the club on it´s offical website has released the news that Falcao has joined the French side. 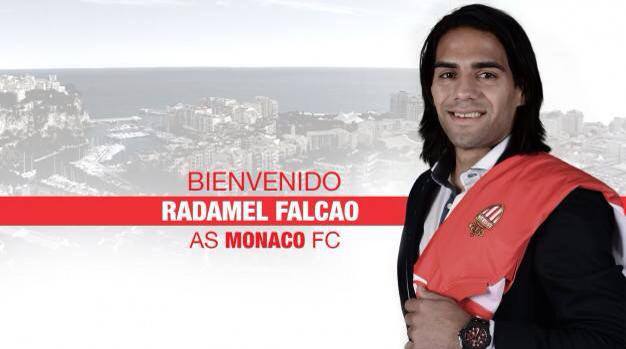 Colombian striker has already passed a medical examination and has signed a contract with the returnee in Le Championnat. Although there were some speculations with a price of 60 million euros, according to the Marca, Atletico Madrid will receive ‘only’ 45 , while Falcao will earn 14 million euros a year which would make him one of the three highest paid football players in world along with Messi and Cristiano Ronaldo.

Columbian is the fourth big reinforcement for the club from the Principality. Before him, the signature on the contract have placed Ricardo Carvalho, and Porto duo James Rodriguez and Joao Moutinho.