If major miracle doesn’t happen,we already have one semi-final pair,which is Real Madrid – Bayern.The Cyprus APOEL kept defying all odds this year in Champions league and nobody expected them in quarterfinals,but here they are,playing second leg match against Spanish giant Real Madrid.

Things are all set here,there is no such miracle where APOEL could score three or four goals to mighty Real without conceding at least one goal.However they were in first match keeping their net empty for over 70 minutes.They done big thing this year reaching quarter finals,but we may say there were also unlucky drawing Real Madrid.After losing first game with 3-0 ( video) ,Cyprus footballers probably are having just one thing in front of second leg match,and that is to play hard for honor and pride and not to avoid an embarrassment at Santiago Bernabeu this Wednesday. 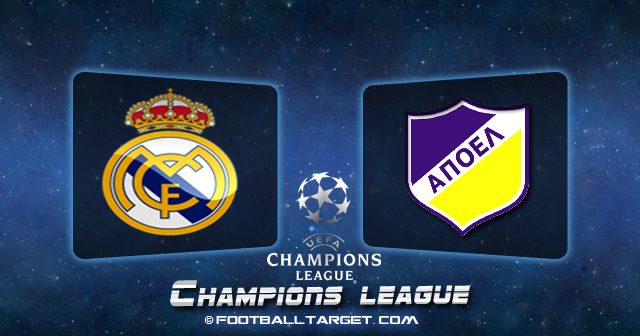 After drawing to games in La liga ( against Malaga,and Villareal ) Mourinho troops allow Barcelona to cut the gap to just 6 points,and considering that Real Madrid need to travel to At.Madrid,At.Bilbao and to Nou Camp it would be interesting to see how things will finish in the battle for the league title.

After,those two draws,Real demolished Sociedad at home with 5-1 ,and with the same result on away match they beat Osasuna.Even,if Mourinho announced that this match will not be taken for grant ,we could expect some changes in first team starters,as Real is playing big match this weekend against Valencia at home,so probably resting few players will be the normal thing to do.However,even rotating few players,would not help APOEL ,they are simple another world for Cyprus club.

So,what can we expect from this match ? First lineup,second,really it doesn’t matter,Real is playing at home,in front of their fans,and they wish to keep their recent good form as long as possible.So prediction will be a win for Real Madrid and galore of goals.

Mourinho said: “Few believe Apoel will score four goals here but in football you must show respect and to the fans as well.
“I won’t make many changes. It is a Champions League game.”

“We have a good record in the Champions League over the last two years with many victories, the odd draw, and only one defeat, and we want to continue doing well,” he said.
“The players aren’t tired, they want to play.”

Apoel’s remarkable cup run looks set to come to an end after they were thoroughly beaten in the first leg, but club president Phivos Erotokritou has promised that his side will put up a fight.
“We’re not going to Madrid for a holiday,” he said.

“The players will try their best to achieve the best possible result. No-one believed it that we would reach the quarter-finals but we got this far justly, no-one handed it to us.
“We earned it.”

“The result was fair. We tried to contain them but they upped their tempo towards the end and we could not hold on. Real Madrid are in the semi-finals; there is no question about that. I even believe that they will reach the final and, hopefully, win it”, concluded the APOEL coach.