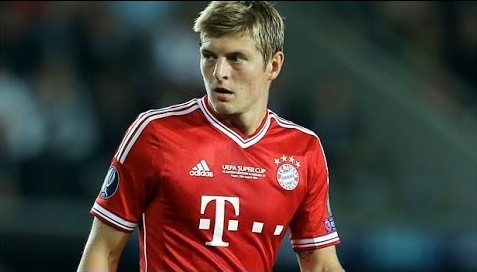 For some time the Spanish media speculated that Real Madrid and Barcelona are trying to bring Toni Kroos who’s contract with the Bavarians expires next year, but the Royal club have won that battle.

The European champion paid between 25 and 30 million euros to Bayern, and Kroos after returning from the World Championship in Brazil has signed a five-year contract. He should be earning five million euros per season.

Kroos in 2006th moved from Hansa Rostock football school to Bayern, and a year later was connected to the first team. Season and a half he spent on loan at Bayer Leverkusen, and since summer 2010. he is an indispensable member of the Bayern squad.