Real Madrid suffered a 2-0 defeat last week in the first leg match of the Spanish Copa del Rey and if the Los Blancos want to play against Barcelona in the last eight of the tournament later this month they have to turn the tie, but the fact that Diego Simeone’s men never lost the game after having a 2-0 lead, doesn’t make things easy for Ronaldo and company.. 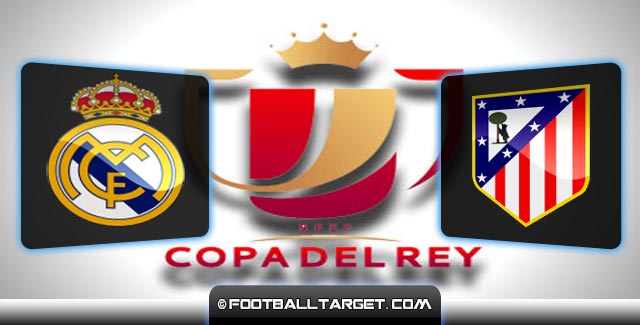 Real Madrid’s 22 game unbeaten run ended with two straight defeat, three if we count a friendly game against AC Milan. The last Los Blancos’ defeat happen a week ago against Atletico Madrid. No one could expect a 2-0 defeat, so Carlo Ancelotti’s men have to bounce back quickly. That happen in the last round of La liga with a 3-0 win over Espanyol where Ronaldo, Bale and Rodriguez were playing really well. From the same players Ancelotti expects now to make a difference and to avoid early elimination from Copa del Rey competition, and to extend the same and possibly to defend the title.

Atletico Madrid’s defensive tactic does not fit Los Blancos, so Real Madrid stars would have to play a game of the season if they want to catch that 2-0 deficit. It wont be an easy task, as their city rivals have never lost after having a 2-0 lead from the first game. The good news is a return of Marcelo so Coentrao would probably be on the bench, while all eyes are on Ballon d’Or winner and exactly that award could give Ronaldo some extra motivation for this game.

Atletico Madrid did a great job in the first game, but then on Sunday at the Nou Camp Simeone’s men played a pretty pale game against Barcelona and were defeated with 3: 1. Barca who in the last few years had a big problems beating Atletico this time did that easily. The thing which bothers Simeone is that he sent a much stronger team to the pitch than against Real Madrid.

Simeone surely will set now a much more defensive tactic and it’s possible that Raul Garcia would play instead Arda Turan do to same, while Miranda and Mario Suarez could be in the first lineup as well. As for the attack, Torres due to his greater pace compared to Mario Mandzukic and Atletico Madrid’s counter-attack most likely will start from the first minute.