Real Madrid set to face Levante this Sunday at Santiago Bernabeu as Los Blancos will try to leave behind their poor form in La Liga and Champions League lately. Levante will try to profit from Real Madrid’s poor form to get a positive result that would keep them away from the relegation zone. 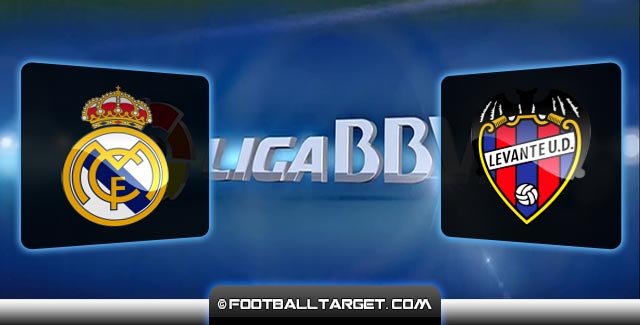 Real Madrid
Real Madrid has continued their poor form this midweek as they put in danger they qualification to the Quarter Finals as they lost 4-3 at Santiago Bernabeu against Schalke 04.

Carlo Ancelotti is under-pressure as his side lost the lead of La Liga after their defeat on the last week away against Athletic Bilbao. Despite the poor form, Florentino Perez has backed the Italian manager and he stated that Ancelotti will continue to manage Real Madrid at least until 30 June 2016.

Carlo Ancelotti will be more calm as he will see Sergio Ramos available as the centre back returns from the injury. Modric is also expected to be a starter , meanwhile Toni Kroos will be rested ahead of El Clasico. James Rodrigues will skip the clash against Levante as he is stepping up his rehabilitation this week.

Levante
Levante left the hot relegation zone last week as they now stand 17th in the table with only 25 points in 26 weeks.They beat Eibar 2-1 thanks to Uche and Barral goals.

Some good news for Lucas Alcaraz ahead of Real Madrid clash as Papa Diop set to return after missing last week game. The Senegal International will play at the heart of the Levante’s midfield alongside Camarasa. Pedro Lopez will be the only player to miss the game as he remains sidelined cause and injury.