Arjen Robben has extended his contract with the Champions league and Bundesliga current winner, Bayern Munich, which will keep him at the club until 30 June 2017.. 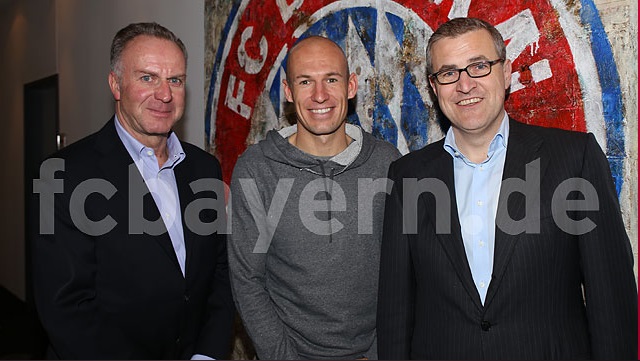 The Bavarian club announced that the 30-year-old Dutchman signed until 2017. year.

“I am happy to continue to chase titles with Bayern Munich. I am five years in Munich, and now I’m signed for another three which shows that I am happy here,” said Robben who arrived at Bayern from the Spanish, Real Madrid.