The Rossoneri will visit “The Olimpico” tonight, and will try to be the only side to beat Roma in their home this season. Both teams will try to end 2014 with a win to their count : Milan will aim to reach the TOP 3 before Christmas , meanwhile Roma will try to keep close and pressure the Winter Champions, Juventus. 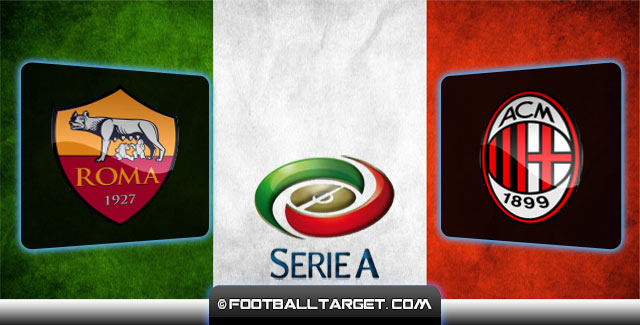 AS Roma
Rudi Garcia’s side will look to extend their unbeaten run to 6 games after they have archeived 4 wins and 1 draw against Sassuolo in their last 5 games. In the last Sunday they beat Genoa thanks to the great goal scored by Radja Nainggolan.

The Giallorossi remains unbeaten at the Olimpico in 9 games securing 8 wins and a draw against Sassuolo when they were 2-0 down in the first half.

AS Roma boss will miss 2 important players against the Rossoneri : Davide Astori and Miralem Pjanic are forced to watch the game from the stands as they’re suspended. Meanwhile Jose Holebas and Rudi Garcia will return from their suspension as they win appeals and their ban was revoked last night. But Salih Ucan, Federico Balzaretti and Lukasz Skorupski will also miss the game as they’re all injured.

AC Milan
The Rossoneri comes after a great show at San Siro against Napoli where they won 2-0 thanks to Jeremy Menez and Bonaventura goals.

Filippo Inzaghi will use the same starting line up that faced Napoli, with the only change : Zapata in for the injured Rami. The Frenchman got injured on the first half on the match against Napoli and it’s still not known for how much he’ll be sidelined.

Adil Rami its not the only missing player for Milan in defense. De Sciglio, Alex and Abate also are sidelined. In the midfield, the loaner from Chelsea, Mark Van Ginkel also is missing for an ankle injury.