Ryan Giggs (38) signing a new contract with the ‘red devils’

The most experienced Manchester United could sign a new one-year contract. United has put to the Welshman offer and on Giggs is just to sign..

Manchester United offered a new one-year contract to experienced Ryan Giggs (38). If he decide whether to play next season the legendary Welshman will certainly be welcomed by Sir Alex Ferguson in the hunt for a new title. 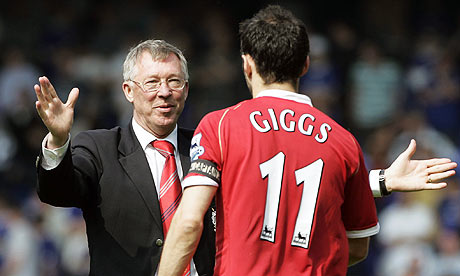 Miraculous Giggs this season only played in 13 games, but his 900 games in a United shirt will never be forgotten.
And no matter what this season it is not used as frequently as in previous years, Ferguson will “sit” down next month and offer to Giggs a new contract extension. But experienced Alex, however will leave everything to Giggs to will decide whether to sign on for another year. Just as he did in the case of Paul Scholes.