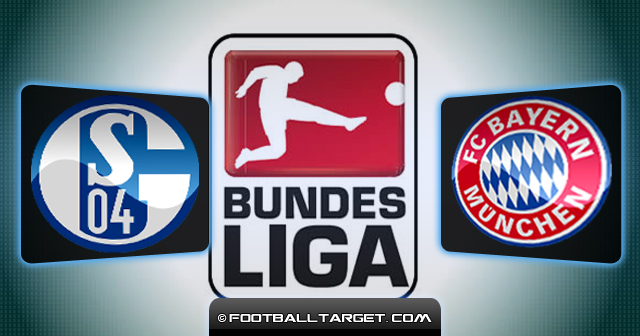 Fourth round of the German Bundesliga brings a big derby and this is definitely a match in Gelsenkirchen. Duel of old rivals who have played so far 84 th Bundesliga meeting and have a combined 45 trophies won in national competitions.However, Bayern have more trophies and is more successful in mutual matches,while also the last three matches have won the Bavarians, and Schalke won the Cup in 2001 and in Munich.

Last season Bayern won without a problem twice with the same result 2:0. At the start of the new season both teams are without a defeat, but Schalke has one draw. With victories and the same score, 2-1, they both open Champions League competition.

Schalkeis playing very well at the beginning of the season and certainly happy that the match against Bayern Munich is coming just at this time. As for the Bundesliga, everything goes exactly as expected, and thus at the opening of the season at Hannover they drew, and then won the matches against Augsburg at home and away one against Furth, both with two goals difference.

That they are in good shape, proves the first round of the Champions League. As guests at Olympiakos Piraeus and they resisted all pressures, and celebrated a victory of 2:1. In that match, Huntelaar missed a penalty and a couple of excellent chances,so the final score could been ever higher.

Coach Stevens does not experiment with composition to much, so the defense has been stabilized after Howedes jumped in instead Uchida. Changes inside team are occurring only in the offensive part of the midfield, where against Furth have played Afellay and Draxler, while against Olympiakos Farfan and Barnett .
Against Bayern this could be a bit mixed again and will play Farfan and Draxler, while the rest of the team will the same.

Bayern Munich footballers still do not allow some spoiling of their perfect score of the season in four different competitions.They won the Super Cup, and then passed the first round Cup,lined up three league victories, and then open the Champions League with a triumph.

Very few of the similarities are in all these victories, except that the at last three they conceded one goal, although they have played all in front of their fans at the “Allianz Arena”.
It can be said they have no troubles in these games, though the Stuttgart even took the lead, and passed the worst at the end with six goals in the net.

Most interesting of all is that the coach Heynckes did not start any match this season with the same lineup.It is highly unusual for Bayern, if we remember the past season where they might be only one change at the position of defensive midfielder.

Perhaps this is the formula for success, because nobody excessively fatigued, and the first stars of the team, Ribery and Robben are still without some major impact.

Defense of the team is the most standard,because left back Contento and Alaba are injured so this position plays Badstuber and Lahm is on right side.Against Valencia on Wednesday in the Champions league match on a bench rested Luiz Gustavo, T, Muller and Mandzukic, and played for the first time this season in the starting lineup Javi Martinez and recovered Robben , along with Pizarro in attack.Goals have scored midfielders Schweinsteiger and Kroos,while Mandzukic after entering the game,managed to miss a penalty,still all of the probably will start this derby match.

Match prediction : Judging by the form of both teams, it will be a real derby, which does not mean we will enjoy in some beautiful football. This usually happens when the Bayern is a much better and more dominant, and will not lose,while Schalke can resist to Bayern and both teams could score.