A big German derby match in which two bitter rivals Schalke 04 and Borussia Dortmund are set to clash this Saturday at Veltins-Arena in Gelsenkirchen. With five Bundesliga matches behind them, both of them will be looking to grab all three points, to improve the bad league table position, but more than everything, to beat their bitter rival. 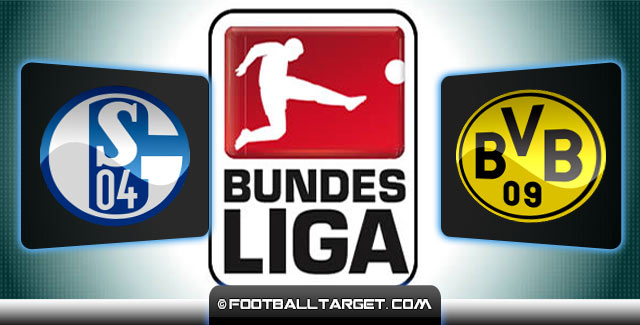 The fifth game was a lucky one as only in the last 5th round Schalke 04 tasted a win. It was away in Bremen where the Jens Keller’s side celebrated with 3-0. Previously Schalke 04 lost two games and drew two where at home they hold off the reigning champions, Bayern Munich. In Champions league, Schalke did good in England, where they took a point at Stamford Bridge from Jose Mourinho’s Chelsea by playing 1-1.

The biggest problems that Jens Keller has are players injuries, but even without important duo Boateng & Draxler Schalke 04 have finally won, but a miss of many players and Draxler could prove to be a lot to beat Dortmund. Still it’s the Revierderby derby where everything can happen. The good news is Uchida’s return to the first team last week after being sidelined due to injury. Hoger than taken his place in the midfield , while M.Meyer & Huntelaar were brilliant in attack.

Boateng is returning for the Revierderby clash and this means that Aogo goes on the left side instead of Fuchs, which could be the only change, though Matip is ready and could replace Ayhan at the back.

Borussia connected two league matches without a win and are therefore in the middle of the table, having even negative goal difference. Klopp’s team is one on of those which can point the bad results to a number of players injured, although Borussia has a wide selection on the bench and this should impact the results. In the Champions league Borussia Dortmund have played a perfect game against Arsenal and won 2-0. It was one from many games where their defence was good.

The biggest problem is in defense which concedes a lot of goals, four times so far they conceded two goals, and only against Freiburg they conceded one goal. Last weekend at home against Stuttgart they were 2 goals behind and in the last 20 minutes Klopp’s men managed to grab a point.

Klopp : “We again made two serious mistakes and then got two goals back. This is the classic case – what we build with our hands, we knock down with our butts.

“We know that we can always score but the goals we gave away are just ridiculous.”

The good news for Klopp is a return of the key player in defence, Hummels, so the first team in defence should play, and this might look much better than before. While Kehl is ready also, Mkhitaryan & Reus are out, so the only dillema for Klopp is whether to start with Ramos or Immobile in attack.