Secret meeting ! Barcelona’s Next Manager will be Luis Enrique ?

Related Posts
You are here
Home › barcelona › Secret meeting ! Barcelona’s Next Manager will be Luis Enrique ?

Luis Enrique next season will be Barcelona new coach according to the article in the newspaper Marca, which states that the Barcelona sporting director Andoni Zubizarreta met and negotiated with Enrique, the current coach of another La liga team, Celta. 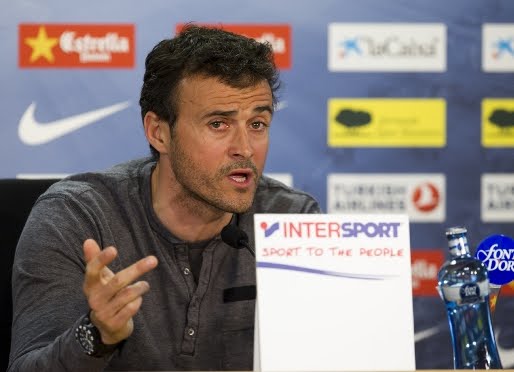 Screenshot : youtube
Zubizarreta and two other leaders of Barca at afternoon came to the house of Luis Enrique and Marca claims that the agreement was reached. Former Barca player Luis Enrique this season did a great job with Celta Vigo, which is at the top side of league table.

The former Spanish international, who as a player spent eight seasons at Barcelona, but has previously played for Real Madrid, started his coaching career at Barcelona B, and last year was briefly on the bench of AS Roma.

It’s certain that the Argentinian Tata Martino is leaving the club due to unsatisfactory results in the championship and the Champions League. Martino also has lost the final of the King’s Cup against Real Madrid who were without Cristiano Ronaldo.