Even if they won in their last five matches,Barcelona dont have time to relax.They are trailing in La Liga 10 points behind Mourinho Real Madrid,they also found out their next opponent in Champions league,which is this season extremely strong AC Milan.

Nevertheless,they traveling to Ramon Sanchez Pizjuan to play another hard match against Sevilla who’s last week defeat against Sporting Gijon placed them on the 11th place of La liga table with only 33 points,just five adrift of European places. 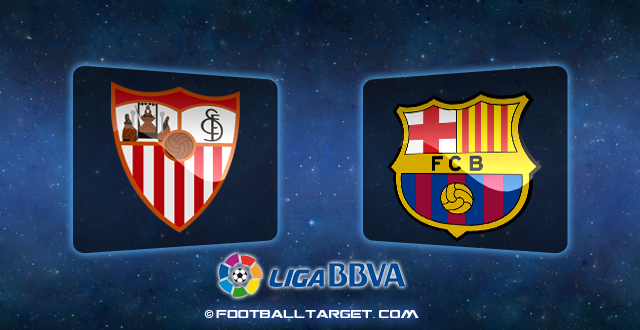 So this match for both team is must win match.Sevilla is the only team which has manage to take a point this season from Camp Nou,but to do the same again its going to be much harder.If we look closer to these two teams,will see that Sevilla has scored nearly a third the amount of goals that Barcelona has notched up this season.The Catalans have netted 75 times and Gonzalez’s men have scored just 27 goals.

Even if all talking only about Real and Barcelona,Pep Guardiola is fully aware that except them there are few more teams which are good and hard to beat.

Sevilla : Alvaro Negredo due to hamstring injury is likely be missing,Emir Spahic is going be missing.Frederic Kanoute, Jesus Navas, and Gary Medel probably will be returning for this match.

Barcelona : Eric Abidal is out due to liver transplant,Alexis Sanchez and Thiago are returning,Gerard Pique should return after serving his suspension.

Prediction : Its must win for Guardiola boys,and Barcelona is top club in the world.Definetly stronger then Sevilla.Messi,Iniesta,Xavi are players that makes difference.Barca to win.