Shock in Barcelona! Tito Vilanova steps down as Blaugrana manager

FC BARCELONA at emergency press conference called by Sandro Rosell and Zubizarreta, revealed that Tito Vilanova is no longer a coach of the Spanish champion. 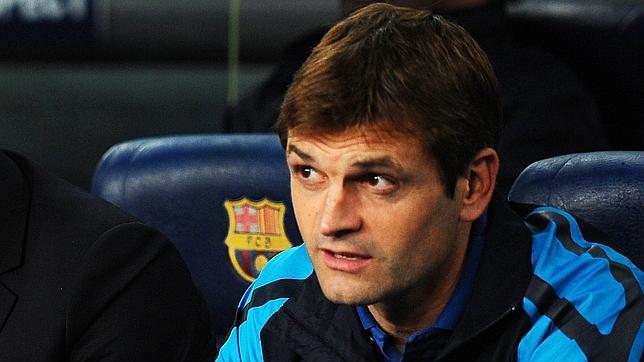 Vilanova in November 2011, had a cancerous tumour removed from his throat. In December 2012, Tito Vilanova has spent more than 2 months in New York, where he have had chemotherapy and radiotherapy . In March he manage to return on the bench of Barcelona , and saw his team lifting the Spanish title trophy.

Unfortunately, for Tito , and all football lovers, Villanova now steps down as Barca manager, after his cancer has returned and some new complications have risen.

“Vilanova will continue his treatment and therefore can no longer be the coach of Barcelona. This is a hard blow for the club, but in recorded history from all the problems we come out even stronger,” said the president of the Catalan club Sandro Rosell, who added that Barcelona will present the new coach on Monday.