Southampton FC have confirmed the signing of the right-back Cédric Soares on a four-year deal from Sporting Lisbon, after passing medical. 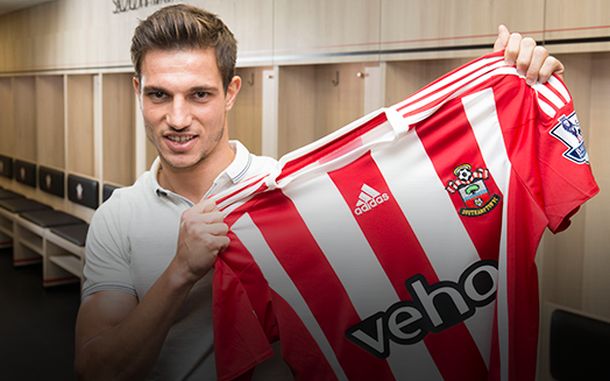 The Portuguese defender Soares has signed a four-year contract with the Saints for a fee reportedly in the region of £3.6million.

The 23-year-old Cédric Soares after signing the contract said: “Southampton is a big, big club in England and is very respected. It’s a club with a lot of history and, for me, it’s very important to play for a big club. I think this is a very good move.

“I joined this club because I believe we can do better and better every year.”

Despite rejecting an initial £10million bid by Liverpool for Nathaniel Clyne who is also a transfer target of Manchester United and despite claiming that Soares was brought to provide competition to the England right-back, it’s believed that Clyne is on the move with only a year of his contract with the Saints remaining, and he’s next destination most likely will be Liverpool.

This is already a second signing of the Saints who a few days back have captured Malaga and Spain striker Juanmi in a £5.1m worth deal. With Europa league competition ahead, Southampton is looking to bolster their squad and the 22-year-old Juanmi who was Malaga’s youngest ever goalscorer in 2010 could be a big help for the Saints.