Louis van Gaal’s man boosted by three wins in a row are set to clash with Southampton at the St. Mary’s Stadium, looking to extend their run of wins with Wayne Rooney back in the first team. 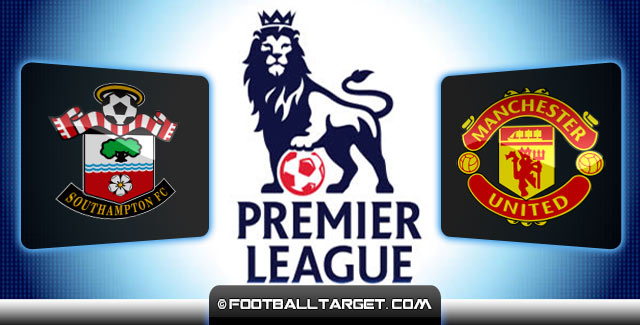 The fourth placed Saints welcome the fifth Manchester United, having one point more than the Red Devils. The recent form of the Saints is not good, but that’s normal after playing with the big names in Premier league. Defeat to Arsenal and Manchester City, was followed by one point that the Saints grabbed away against Aston Villa. Southampton boss, Ronald Koeman for the clash with the fallen giant, Man Utd, is having problems making the first team as Jack Cork (ankle), Morgan Schneiderlin (groin) and James Ward-Prowse (ankle) are sidelined. Still, Koeman believes that his team have what it takes to end United’s run and that Van Gaal’s man may not be considered favourites this Monday.

“They have shown that in the performances of the team and have won the last four games, it’s a nice challenge for us.

“Our performance against Arsenal was a good one, much better than the City game, but in the Premier League, there isn’t an easy game to win.”

Man Utd United will target their fifth Premier League win in a row – boosted by the return of captain Wayne Rooney who missed the last game vs Stoke City due to knee injury, and Jonny Evans who recovered from a foot injury. If the Red Devils win this one, they could jump to third.

Despite numerous absences Van Gaal agree managed to mix a solid defence against Stoke in which two wings Valencia and Young played on the side-back with a Rojo and Smalling as central defenders. From key players the Argentinian Di Maria is out, while Falcao shall start from the bench.

– When a team is constantly on the big exams, it’s getting better and better, and we train for that. It takes more time to make some progression to be on the same level such as Chelsea and other top clubs from the Champions League – said strategist of Manchester United