Even in the second semifinal of the European league we will watch a Spanish team, and thatis  great Athletic Bilbao, while their opponent will be the neighbor from Portugal, and one of the regular participants of the finals of this competition, Sporting from Lisbon. 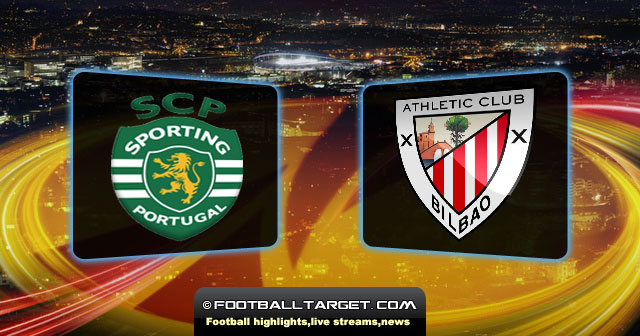 Many experts agree that this should be much more interesting semi-finals, especially since in it performs this season extremely attractive Basque team, who previously kicked out of last year’s participants in the Champions League semi-finals, Manchester United and Schalke, while the Portuguese definitely can brag with scalp of Manchester City and a very hard Ukrainian team ,Metalist.

In addition to these major successes on the European scene, the Sporting players recently significantly raised their form in the domestic championship also, where they have three wins in a row, and they almost secured fourth place and the re-appearance in the European league. Of course their favorite of the three one won is the one from tha last round, when in a derby at home they beat great rivals Benfica, which certainly would raise even more their confidence before the clash with the Athletic Bilbao.

Again,player of the decision was a great striker van Wolfswinkel, who however, the only goal of the match scored from the penalty, but this does not diminish the size of their victory, especially once again they dropped out of the race for the championship, and even failed to come to one of the first three positions that guarantee the participation in the Champions League. But for them it is now important that in the European league they make a remarkable result, and certainly next season’s this very young team will have a new chance to prove on the domestic scene.

As regards to the composition of Sporting Lisbon on Thursday evening, we believe that the coach Pinto will not change anything significant in relation to the team that won against Benfica, so only Carrico in the middle should “jump in ” instead Elias, while even before defenders Onyewu and Rodriguez , midfielders Rinaudo and Pereirinha are out as well as the young striker Jeffren.

We have already said that Basque team this season is the most pleasant surprise on the European scene, especially remembering the games from their fantastic matches with Manchester United in the 1/16 round of the European league. Specifically, in these two matches coach Bielsa footballers achieve five goals, while the German giant,Schalke 04 later in the quarter passed even worse, considering that he received one goal more. Not only that, but in these meetings Basques played much better away, where as many as seven times shake the net, so neither Sporting Lisbon on Thursday night will have an easy match.

As for their performances in domestic league,like the Portuguese,they also only in the last three rounds showed slightly better face, and with seven points from these duels broke through again to ninth place (again) and now have just one point less than sixth placed Osasuna.

However, for them is not so important to end up eventually on one of those positions that lead to the European league, because they participation in this competition already ensure, with placement in the finals of the Spanish Copa Del Rey, where they will play with Barcelona. Therefore we expect theirs maximum focus on winning the European league, which would be really a great achievement for this young team, which leads brilliant striker Llorente, while beside him coach Bielsa certainly has a few extra talented players.

One of them is of course the 19-year old Muniain, but he will probably miss the first match in Lisbon due to eye infections, while the opportunity instead of him could get three years older Ibai Gomez, who is also very quick and pacefull.
The rest of the team should be the same as against United and Schalke, but it should be noted that out of the machine from before is defender Castillo and midfielder Gurpegi.

Prediction : Unlike the first semi duel in this match between Portuguese and the Spanish club, still we expect a more fire on the ground, primarily because here appear brilliant Basques, which in previous matches of the European League have shown that on the guest appearances they play very offensively, what actually at the end brought good results to them, so we do not see any reason that this time anything changes in their approach.Over 2,5 goals,and you could try Llorente to score.