Popular Gunners after a unpleasant defeat by Wigan and conquered point in the duel with the finalists of the Champions League, Chelsea at the Emirates Stadium, now play as a guest against Stoke City.

Arsenal needs victory in 36th round of the English Premiership, because football players of Newcastle get even closer to them. Magpies want to direct placement in the Champions League, just like Arsenal. However, very close to the third position are as well Tottenham and Chelsea. 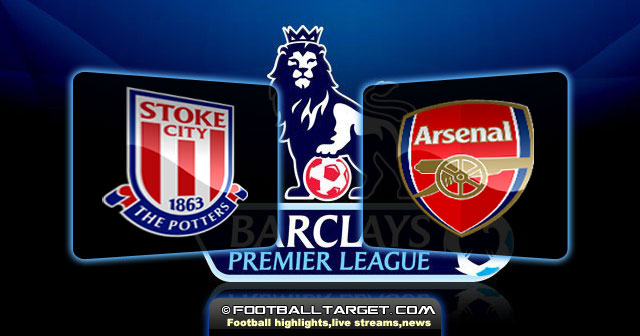 Obstacle this time for the Arsene Wenger Gunners are football players of Stoke, who can play this match relieved as the result is not so important for them,so from this point a view they could be very dangerous for Arsenal.

Andy Wilkinson will miss this game due a groin injury ,and Jermaine Pennant has returned to trainin,but he is still not fit for this game.

Yossi Benayoun could return for Arsenal, while Abou Diaby will be assessed ahead of the game as he continues to fight a virus which is also affecting Tomas Rosicky, though the Czech should be fit for the match.Theo Walcott will miss this game due to hamstring injury picked up in the draw with Chelsea, but Arsene Wenger is hopeful he could be fit before the end of the season.
Jack Wilshere (ankle) ,Mikel Arteta (ankle) and Per Mertesacker (ankle) are all long-term absentees.