Stoke showed that they can confront the stronger teams and is therefore expected to succeed in stopping the “hot” Everton team at their Britannia Stadium, where in the last five games they were not defeated. 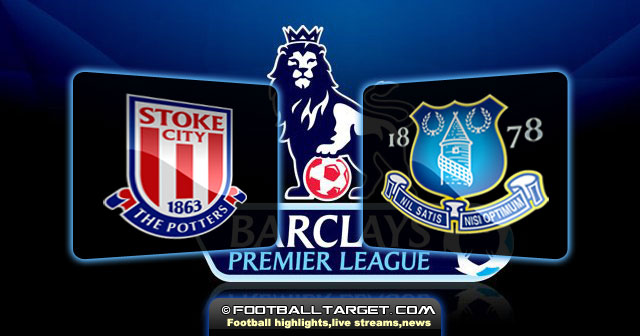 Potters have shown a mentality of the strong team in the past few weeks, which they continued in the match against Arsenal , where they managed to play one solid game, and retain the Gunners at 1:1 result.

Stoke is a team which in big games show a fighter character and when all expect from them to fall back they surprise, and such case was in the previous round after losing from at Newcastle, where they defeated the 3:0 they managed to withstand the attacks of Arsenal and reached 14th position in the standings with a total of 43 points which would certainly ensure them to survive in the elite league competition.

Tony Pulis is certainly coach who after a successful played duels will not allow a drop or some kind of relaxation from his players so it is expected continuation of good play by Stoke which meets with “hot” Everton team.

In this game, Stoke team will again have minimal problems about their injuries the players, where will only miss Andy Wilkinson and Salif Diao who have already missed the match against Arsenal, while Mamady Sidibe is absent for a longer period so we can expect formation 4-4-2 where could be found Begovic, Wilson, Shawcross, Huth, Shotton, Etherington, Whelan, Whitehead, Pennant, Crouch and Walter.

Visiting team, Everton has score at least one goal in the last six games, where they broke they beat teams like Sunderland and Fulham at Goodison Park, while after trailing 4-2 at Old Traffor against Manchester United they manage to grab a points,in the match which finished at the end 4-4,which surely gave more confidence Everton players.

Since they were defeated by the score of 2-0 against Tottenham on 11 January Everton record only defeats by Liverpool and Arsenal.It is certain that great credit must be given and to coach David Moyes who from this team made ​​a very successful team,and their recent results shows that,where after 35 games played they currently occupied great 7th place.

The signing of Croatian striker Nikica Jelavic in January, it was their best move in recent time, and this player returned to them with a total of nine goals in his last seven meetings.

Regarding of this meeting, coach David Moyes will not have at their disposal Jack Rodwell, Leighton Baines while Darron Gibson under the sign of the questionnaire so we can expect 4-4-1-1 formation where could be found Howard, Hibbert, Jagielka , Distin, Neville, Osman, Heitinga, Fellaini, Pienaar, Cahill and Jelavic.