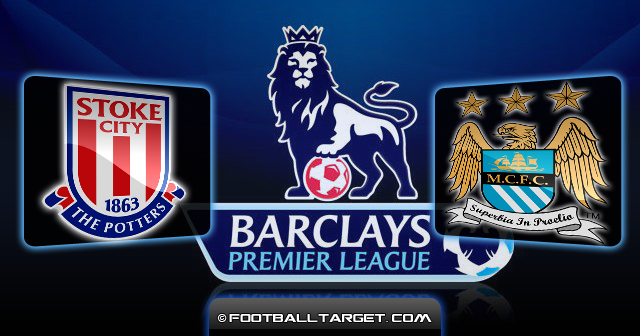 In the fourth round of the English Premier league,at Britannia Stadium,Stoke City will host the current champions Manchester City.Altough playing at home Man City was more successful,at Britannia the last three matches have finished with the same result 1-1.Stoke City currently is placed on the 12th place having only three points,while the current champions are on the fourth place with 7 points.

Of course that hosts would not have anything against that this time again they manage to take a point from the Citizens, because on this way they would remained undefeated this season, considering that in the previous three rounds they recorded a draws, against Arsenal at home and away against Reading and Wigan.

This transfer window,Stoke City brought Adam,Edu,N’Zonzi and M.Owen while from before the new residents at Brittania Stadium are young midfielders Kightly and Ness as well as American defender Cameron, who in previous matches filled the position of defensive midfielder.For this match to coach T.Pullis,Etherington due to injury is not available.

As for the current English champions, as expected they opened this season,and recorded victories over Southampton and QPR´s, while on the away game against Liverpool they manage to pull up a draw, in the second half after they were losing 2-0.

Of course that all the fans of this club are very much happy with the fact that their “pets” are still in very mood in the attack, so the decision of coach Mancini during the summer to retain its biggest stars, proves to be the correct one.On the other side,Mancini brought several new faces to City´s lockeroom like Sinclair from Swansea,Javi Garcia,young wonderkid Rodwell from Everton and Maicon from Inter Milano.

The match with Stoke City defender Richards, midfielder Barry and two strikers Aguero and Balotelli will miss, so in attack will be Tevez-Dzeko, while compared to the last match with QPR a change could only come at right sideback, where Maicon should get an advantage over Zabaleta.

Prediction : Although in the recent years,Man City was unable to win all three points at Britannia Stadium,we belive that this time,they are more comfort and more experienced to do so.Stoke City rarely lose with 2 goals difference so if Man City manage to win,we think that still there wouldn’t be much goals.So Man City to win or under 3 goals.