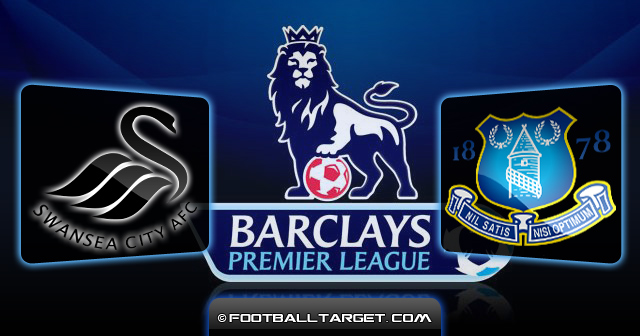 In the first meeting of the fifth round of the English Premier league will face two teams that opened the season on exactly the same way, celebrating two consecutive wins at the start, then won only the one point in the next two rounds.

However, they still stayed in the top part of the table, where Swansea is in front of Everton due to something better goal difference, while for this match preview it has to be said that in the last season, both of games went to a lot experienced team from Liverpool.

Swansea, this summer lost their maker of the major successes from the past two seasons, coach Rodgers, who otherwise took over Liverpool, but led by Dane Laudrup ,Swansea has still continued to surprise the English public, celebrating first in the opening season away at QPR with even 5:0, and then at home where they saw off West Ham with three goals in the net.

With these great parties they have continued in the League Cup, where they defeated the second division club Barnsley 3:1, and only in the third round of the Premier League they slow a little, playing at home just 2-2 against Sunderland.

However, in this match also they shown a remarkable fighting spirit and efficiency, as they twice came back after a minus of one goal, while they played the last 20 minutes with a man down, because defender Chico was sent off.

However, along with Chico and the absence of the injured left sideback Taylor was felt in the next round when they appeared at Aston Villa, and eventually suffered their first defeat of the season,2-0.
Of course that after this somewhat weaker match coach Laudrup has announced several changes to the first team, especially on the left sideback position, which could take Tiendalli, who arrived the last day of the transfer period from FC Twente,altough the first option for that position is Davies.

On the same day the new member of Swansea become great winger Hernandez, who arrived from Valencia, so he might get a chance on Saturday instead Routledge, while perhaps the most important thing for the hosts is the return of reliable defender Chico after serving his suspension.

We have already said in the introduction that Everton opened the season really well, which is a bit strange for them, considering that in the last few years, they almost always the first couple of rounds played in a spasm, and always they needed some time to consolidate the team.

But, apparently, that tradition came to an end, so the coach Moyes can be very pleased with performance of his team, especially in the attack, which was certainly their the most weaker position in the last few seasons.

After the first round where on their typical way they come to a very important victory (1-0) at home game against the favored Manchester United, on the nrxt away game against Aston Villa they their attack part this season is much more dangerous and in the end they celebrated with 3-1 (Full match video).

In the second round of the League Cup playing at home they sunk the lower league club Leyton, with even 5:0.And when everyone was expecting that Everton in this rush and on an away game against West Brom continues with good performances, they suffered a 2-0 defeat which certainly has shaken their confidence, so in the fourth round at home they played only 2:2 against Newcastle,although the referee canceled one goal for them .

In this match they twice had the advantage, but they were not concentrated in the defense, so Moyes now has announced a return to his favorite defensive tactics. Otherwise, this encounter with Swansea will miss only injured midfielder Gibson and striker Jelavic.

Match prediction : Given that both teams after a bright start in the last two rounds slowed down, it is very difficult to predict the winner in this match, therefore we have decided to take an option with less than 3 goals, because we expect this time team will play a lot harder and more carefully to avoid any risk of defeat.

Watch Premier league match Swansea City – Everton from our live streams online for free.Match highlights and full match video will be available after the match.