The Swans welcome Louis van Gaal’s Manchester United looking to reproduce a season-opening 2-1 win at Old Trafford, while the Red Devils will aim to take a revenge for that defeat and to maintain their good run in a race for the Champions league spots. Last season the Swans knocked United from the FA Cup while in both Premier league games Manchester United have won. 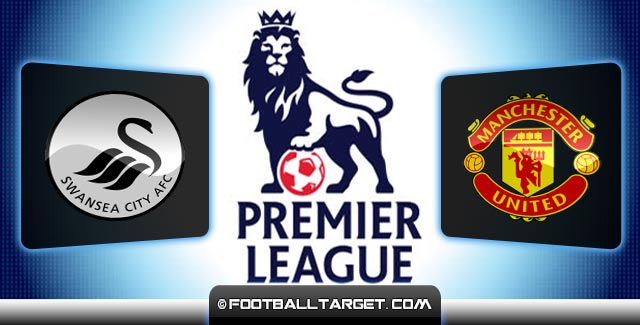 Garry Monk’s side are already in safe zone, sitting on the 9th place, they can’t get in relegation troubles and probably they can’t go much higher. This puts the Swans into the mood where with a dose of relaxation they can play the rest of Premier league encounters. This does not rule out desire to win new points, and the arrival of Manchester United is a good opportunity to demonstrate how much the Swans can do.

– When Manchester United comes it is always a fantastic day for our club and I’m sure my players will do everything to prove their worth – said Swansea City boss Garry Monk. The good news for the Swans is a return of Sigurdsson, while from important players Monk will miss the most, defender Bartley.

– We haven’t shown consistency lately, but we are working hard to correct mistakes and to put a big focus on progress. Manchester United’s great rival, who is fighting for the top, but we’ve beat them already this season and we believe that we can play again on the same level.

Garry Monk looks forward to the visit of Manchester United – whom they memorably beat on the opening day of the season at Old Trafford.

After three wins and a draw, Man Utd sit on the third place, with only 5 points less than the second placed team, Man City. Louis van Gaal’s work shows off, but this is not still United that the Red Devils fans want to see. Dutch coach is mixing a lot the first team, players positions, but the results are coming. With more time, United will look more convincing. In the FA Cup against Preston after a goalless half time draw, Manchester United scored 3 goals and sealed the FA Cup progress.

A good news is that Wayne Rooney has scored after a few games without any goals or even shots on goal. A reason for that is a new role of Rooney on the pitch, in the midfield. As for Man Utd in general, they are playing on a lower level away than at home, and this clash with Swansea can show did the Red Devils finally find a recipe for away games (after Preston).

Manchester United manager Louis van Gaal talks about how his team has changed since their league defeat against Swansea at the start of the season, how to become the best team in the Premier League and whether Robin Van Persie will play this weekend.

– Time was needed that players get used to my coaching philosophy, and to be willing to change the game style trough the game, and I think now they got it and that we can finish the season in style.

– From the last 20 matches in 19 of them we have scored at least once which makes us the best in the league and that makes me an optimist – emphasizes Louis van Gaal who can’t count only on injured midfielder Carrick.

– Swansea are a very good team that knows and wants to play football, they can very well combine. A very interesting game awaits us, but we hope to win.