The war between Pepe and Iniesta

To remember, the latest match between Barcelona and Real Madrid ended with a draw (2:2). As always, this El Clasico as well has not passed without complaint at some referee calls, and Pepe has gone a step further and called the players of Barcelona “theatrical”.

“Of course what he said offends me. Everyone is entitled to their own opinion and to say that some foul was for a sentence. However, he can not go further than that, there are some limits” – said Iniesta. 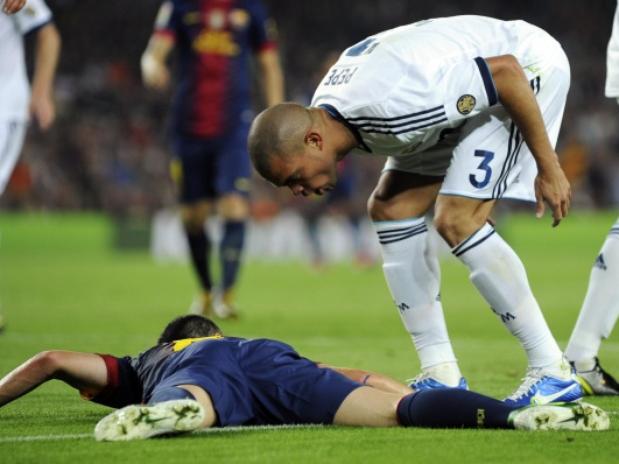 “If some player is talking like this about you and your teammates, you feel offended. I am not a theatrical in any way, nor are the other guy.These comments hurts because they are personal attacks.

Pepe of course has responded :

“If anyone feels offended, it is because the truth hurts. I just told what was really going on in the game and I stay at it”.

If you missed this match,and want to see yourself what all of this drama is about,you can watch Barcelona 2-2 Real Madrid full match video from our Full match section here.