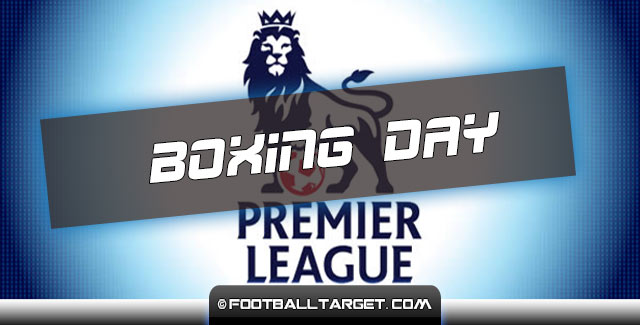 On the eve of the Christmas the famous Boxing Day and football madness In England is coming..

Unlike the most of European football leagues in which the winter break is on, in the Premier league begins Christmas and New Year madness’ in which we’ll have even three rounds in the space of just seven days … 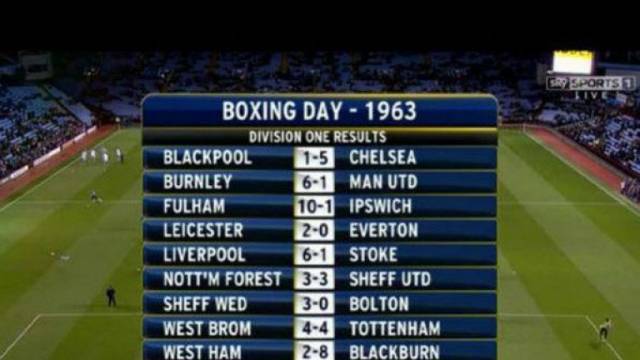 Some of those who celebrated the most that day were footballers of Fulham who at their Craven Cottage literally demolished Ipswich, who only a year and a half before was the champion.

It all starts on Boxing Day, December 26, the next round is on Sunday, December 28, and the series continues on the first day of the New Year. After this championship continues on 10 January but not because of the break, but because January 3 to 6 are scheduled for the meetings of the FA Cup.

The last time the ‘Blues’ were on the first place on the eve of Christmas at the end they won the Premier league title.

“It will not be easy. While everyone in the world prepares for the celebration, my players have to work hard.”

An interesting fact is that Manchester United is the “King” of Boxing Day . Of the 22 matches played on Boxing Day since the Premier league started, the “Red Devils” have won 19 of them and lost only one match, in 2002 to Middlesbrough (1-3).

In second place is Arsenal who won 15 of 22 games played on December 26. The third is Liverpool, but Reds’ did not celebrated on the St. Stephen’s Day from 2010.

Of the 20 clubs who currently compete in Premier league on Boxing Day Burnley, Hull City and Swansea City have never celebrated . But these three clubs all together have played only seven games.

From clubs who have played at least 19 matches on December 26, Everton and Aston Villa have the worst ratio in the league. Villa won only three, and Everton six games.

Liverpool’s legend Robbie Fowler loved to play on Boxing day and with eight goals he is still the most effective player. Retired Thierry Henry and Robbie Keane scored seven goals. From the still active players, Arsenal’s Theo Walcott with 6 goals is the leading scorer.

Schedule of the leading teams ( All Goals, Previews & Replays Footballtarget.com will cover)