Although in the recently ended season, Borussia Dortmund wasn’t impressive as usualy, BVB did not lack of fans support. 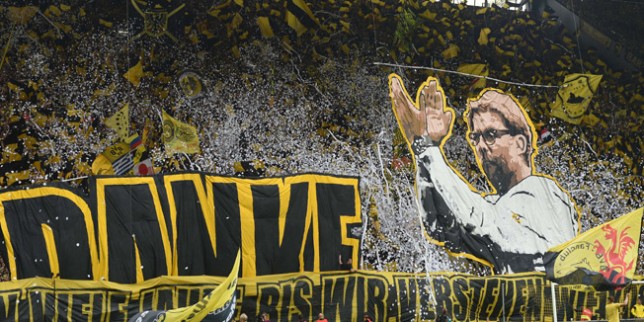 Borussia Dortmund is still recovering from a shocking season in which the club has avoided the Bundesliga drop and failed to secure Champions league place. More over, from a departure of Jurgen Klopp. Still despite a bad season Borussia Dortmund have never lost a support from the stands.

Borussia Dortmund’s matches on average watched 80,424 fans, which is the highest in Europe.