Tottenham sack Villas-Boas after disaster against the Reds 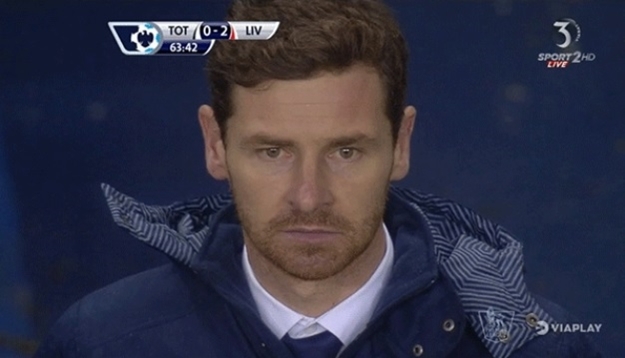 Andre Villas-Boas was sacked as manager of Tottenham Hotspur on Monday (16th December) following his side’s 5-0 home defeat to Liverpool.

TOTTENHAM in the 16th round of the English Premier league at home was defeated ( 0:5 ) to Liverpool , which means that Spurs fallen to seventh place on the table , with eight points behind the leading Arsenal and five of the positions which guarantee qualification for the Champions league.

It’s certainly not what President Levy had in mind when this summer’s Real Bale was sold for 100 million euros , but the AVB – was also given 120 million for players to replace their best player and scorer .

Less than a month ago, Manchester City defeated Tottenham with 6:0 and after a new debacle , the President convened an emergency session of the board after which the young coach after 18 months at White Hart Lane , became ex .

After another debacle , the manager said he would not resign , but he was – sacked .

“The club can announce that agreement has been reached with Head Coach, Andre Villas-Boas, for the termination of his services,” a statement read.

“The decision was by mutual consent and in the interests of all parties.”

English media are reporting that the first favorite for his successor is Italian Fabio Capello , the current Russian and former England manager . Apart from him , Guus Hiddink who is currently unemployed is also mentioned .