The former coach of Porto and Chelsea expressly has returned to the Premier League. With Tottenham, Villas-Boas signed for three years, and Daniel Levy secured him 90 million euros for the transfers. 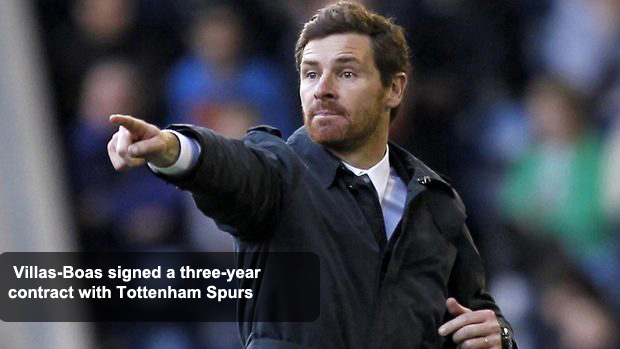 Portuguese coach Andre Villas-Boas (34) without a job was less than four months.Portuguese has signed a three-year contract with Tottenham where he will succeed Harry Redknapp who split up with Spurs three weeks ago.

– Tottenham is a club with a rich tradition and fantastic fans. Several times I talked with the President Levy and members of the board and our views on the development and future of the club are the same.

This is a team with which every coach wants to work, I believe that we can achieve great success in the following seasons – said Villas-Boas.

– We always want to improve the club. We want to preserve most of the team players this summer and to strengthen the positions in which we are a little weaker – said Levy.