A big derby game in the North London is on schedule this Saturday where Mauricio Pochettino’s side welcome Arsenal hoping to beat the Gunners for the first time in the last two years and to jump over Gunners to the fifth place. 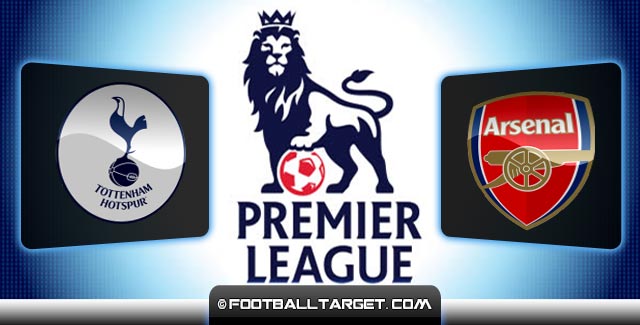 Except a Historic rivalry and big tensions between two clubs from North London, whose stadiums are divided with a distance of two metro stations, Tottenham and Arsenal are sitting on the fifth and sixth place with only two points difference, both looking to grab the fourth which brings Champions League next season.

It can be said that both Tottenham and Arsenal await this derby in a very good mood considering that both of them from the last eight league matches have won 19 points from a possible 24 points. This only tell us that we could watch a great game in which neither team will be defensively oriented and both will look to seal three points from this derby. Last year Arsenal beat Tottenham home and away with the same result, 1-0, while this season at Emirates it was a 1-1 draw.

Four wins, one draw and one defeat from the last 6 games suggest that Mauricio Pochettino’s men are in good shape in front of the North London derby game. Spurs have sealed the Capital One Cup final with Chelsea while in the FA Cup they suffered home blunder to Leicester City, 1-2. This suggest that Spurs yet are not ready to play in multi competitions. From The FA Cup home defeat Tottenham bounced quickly with a 3-0 away win vs WBA. Kane’s 10 goals in EPL and 10 in Cups boosted by Eriksen good form as well carry Pochettino’s team and Arsenal are the next one on their list.

“The longer you are here, the better you understand the size of this game, especially at the time when both teams are fighting for the Champions League and both are in great shape.

Previous derbies were uncertain and difficult, but in front of our fans I still hope that we can win – said the Tottenham Hotspur center-back Jan Vertonghen”

Mauricio Pochettino wants his Tottenham players to ‘put their hearts on the pitch’ against north London rivals Arsenal.

“Big and important game awaits us, I’m very pleased that all the players I have are available and it will be very difficult to choose only 18 of them for this game.

We have the right to be optimistic, no matter how Gunners are strong, and the New Year’s match against Chelsea when we celebrated 5: 3 remains an inspiration to us and a way of how we want to play in this key matches ” – said Mauricio Pochettino.

Arsenal are on a run of 5 wins in all competitions with a goal difference of 15:0. The last win was at Emirates in the last round when the Gunners smashed Aston Villa 5-0. Before that Wenger’s side have beaten Stoke & Man City in EPL, while for securing the quarterfinals of FA Cup, Arsenal beat Hull City & Brighton in the FA Cup.

The French boss on Arsenal bench, Arsene Wenger can be happy with his team performance recently, but the main problem for him remains a long list of injured players. The last game against Aston Villa, the best team striker Alexis Sanchez missed and most likely he will miss this derby game as well.

– Alexis Sanchez has a great desire to play vs Tottenham, although he is not yet ready, he is training with reduced intensity.

– In agreement with the medical team we will decide before the match, although I think that with a return of Welbeck and Walcott we have enough offensive potential to put him unrecovered on the pitch.

– Derby is always a special match, and this could be spectacular because we are fighting for the higher placement.

– I’m happy that we have strengthened the defense, which is a guarantee that we can undo the advantage of Tottenham as the host, said Wenger who can’t count on Debuchy, Arteta, Wilshere and Oxlade-Chamberlain. The good news is Ozil’s return after a long break, against Aston Villa and he will start from the first minute.

– After a series of good results we feel more confidence in our game. If we can play our game, for sure we can win – concludes a French expert on the Arsenal’s bench.

Match Prediction : Both teams are on a great run, and considering that this is a derby match in which both teams would look to take all three points and to continue the Champions league place, we can expect 3 or more goals here for which Bet365 gives good 1.7 odd. Make a deposit and take a 100% bonus for it. Additional pick is Harry Kane to score anytime, for which Bet365 gives 2.60.