According to the British Telegraph, Manchester United gave the green light for a possible exchange with the Ligue 1 Champion Paris Saint-Germain. 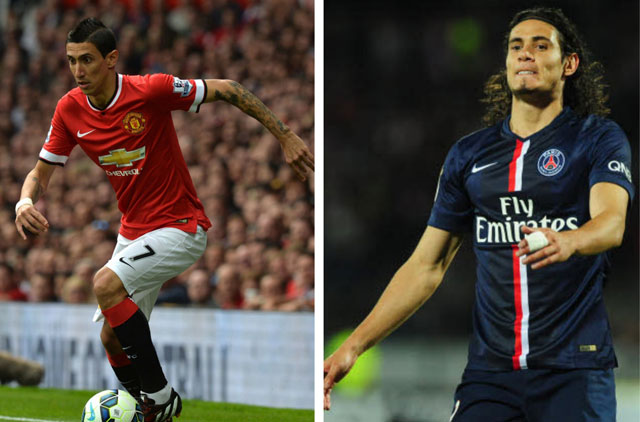 Man Utd winger Angel Di Maria who recently was linked with Barcelona, could move to France, to PSG, while in other direction should go the Uruguayan striker Edinson Cavani. Manchester United boss Louis van Gaal is looking to bolster the first team and one of his wishes it bring a new striker and Cavani should be the one.

If this information proves to be true, it remains to be seen whether PSG with Cavani will send some money, considering that the value of Angel Di Maria is 23 million higher (65 mil. Euros).

In addition to the interests of PSG, the Argentinean lately is linked with Barcelona, and it is certain that these stories could affect the winger who currently plays with his national team at the Copa America. However, it’s good to recall that Barcelona still have transfer ban until January 2016, so it’s likely that Di Maria will join the Catalans giant, unless his friendship with Lionel Messi does the trick here.