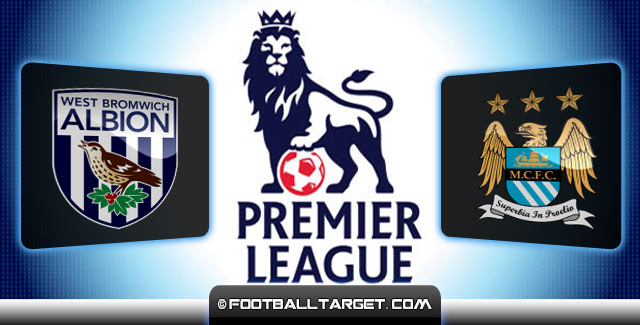 The Premier league Boxing day madness starts this Friday, where only the day after Christmas the complete 18th round is set to play. Last season winners, Manchester City will visit the Hawthorns without their striking force Sergio Aguero, Edin Dzeko and Stevan Jovetic who are sidelined due to injuries. The Popular Baggies on the other side are only without Jonas Olsson.

Alan Irvine’s side currently sit on the 15 place having 22 points less than the second place team, Manchester City. That the bad news does not come alone, suggest the recent form of these two clubs. WBA in the last 7 games enrolled only one win, while the Citizens are on run of 8 straight wins in all competitions. But this Friday, Citizens’ run could be on tough test as Manuel Pellegrini is having major problems with his attackig part of them, since all the attackers are out due to injuries. As for the mutual encounters, Man City grabbed the last five wins over WBA who are waiting for their first win over Man City since 2008.

The Baggies are getting closer to the relegation zone mostly due to bad recent from. Irvine’s men rarely win, and if they do it’s against the teams from the lower part of the table. From the last seven games, WBA celebrated only once. It was at home against Aston Villa 1-0. A week before that, they grabbed a point at Hull City. With only four points from possible 21, their Premier league survival if they continue with this bad form will be tempted.

Some defeats are justified because of the strength of the opponents, such as those against Chelsea and Arsenal, but losing at home against Newcastle and West Ham is something that a team which wants to stay in Premier league, cant afford.

In the last round against QPR before the half time, WBA had a 2-0 lead, but still Alan Irvine’s men dropped again points and lost the game 3-2.

A great unbeaten run of 9 games, in which Man City celebrated eight times, boosted the team spirit. Citizens ensured the last-16 place in the Champions league competition with a 2-0 win in Rome, while in Premier league, Pellegrini’s men cut the gap behind the leading team, Chelsea FC to only 3 points and thus made this season much more interesting.

Pressure from ourselves, not Chelsea – Pellegrini

What’s different regarding Man City this season and the last one is that the reigning winner, plays equally good at home and on tour. This year they are even more efficient on tour, while in general they currently stand as the Premier league’s 2nd most efficient team. Their striking force is really on task, but Pellegrini for this Friday will have a headache as all strikers Sergio Aguero, Edin Dzeko and Stevan Jovetic are sidelined for this match. This means that probably James Milner
could play as an auxiliary striker.

Despite injury problems, Man City defeated at home Crystal Palace 3-0, and Pellegrini thinks that his team again looks like a title contender team.

“It is always hard to win, the first time and the second time,” Pellegrini said.

“Maybe when you already win one title, at the beginning of the season, especially after a World Cup, maybe it is a bit difficult. But after that, I think that is the same degree of difficulty from one year to another.

“We are playing now again with the intensity and in style of play we always do, though.

“We again have the players in high level of performance and good moments. We are trusting in what we do, so in the same way maybe we play in a poor way two months ago, we are doing very well.