In Sunday’s first match of the 1. round of the English Premier leaguee will face two teams that have played well last year, especially in the final part of the season, so Wigan eventually finished three points above the relegation zone, while the favored Chelsea was only sixth in the league, but they have won Champions League and the FA Cup. 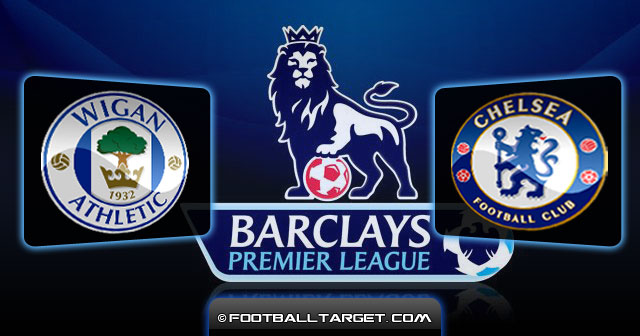 Otherwise, their mutual matches are in the last four matches very uncertain, where the last season the “Blues” from London arrived just in the finishing of the match to a 2-1 home victory, while playing away against Wigan they drew 1:1.

After a very poor autumn part which they ended on the 19th place, Wigan players in the second part of the season have started to play as they were reborn,and with one quite tough schedule they managed even two rounds before the end to flee away from the danger zone.

Specifically, they in the last 10 rounds achieved seven wins, while scoring an average of two goals per game, what finally help them to secure a very good 15th place.

However, if they want this season to avoid the stress, then definitely need as early as possible to ensure survival, but this will not be easy, because they still have a big problem in the lack of quality, especially in midfield where this summers window they left without even a three standard players .

In fact, somewhat surprising is they let Thomas, Jones and Diamel while also they remained without Colombian striker Rodallega and goalkeeper Kirkland.

On the other hand, from Mallorca they brought 27-year defender Ramis, while the already great competition in the attack they have further enhance Aroun Kone from Sevilla and young Miyaichi, who has arrived on loan from Arsenal.

This is particularly important because until the end of the transfer period it is expected a departure of great Moses, for whom somehow the most has “biten” Chelsea, so it’s why he is supposed to miss the match of the first round, just as easily injured defender Alcaraz.

Popular “Blues” from London are certainly the biggest story of last season, because they have absolutely failed in the Premier league where in the end they have finished on the sixth place, but this they have compesate by great performances in the Champions League, where they eventually reached the long-awaited title, while they also have won the prestigious trophy of English FA Cup.

However, the first part of the season they have played very badly, which is why in March Villas-Boas was sacked, and as a temporary solution on that position was appointed their former player Di Matteo.

But he is on the surprise of many, with exactly the same team began to record excellent results, which eventually brought them two big trophies.

Of course for all of this he is awarded with a two-year contract, while his boss Abramovich gave him the green light for bringing in some new players, and thus throughout the summer at Stamford Bridge came three big signings, young midfielder Oscar from Internacional ,the leet-footed wingers Hazard from Lille and Marin from Werder.

On the other hand, the team have left only three players who have applied for the first team, striker Drogba, Kalou then winger and defender Bosingwa, so generally speaking Chelsea this season should be even stronger.

Otherwise, the “Blues” have already played an official match, it was in the English Super Cup, where they were defeated with 3:2 from Manchester City (Full match video Highlights), and let’s add for the end, that the match with Wigan will miss injured Marin and Sturridge.

Prediction : Of course that all expect that Chelsea on the wings of the Champions League trophy, and at the start of the new season to continue in the same rhythm of winning, but we must also bear in mind that Wigan last year, has repeatedly proved to be extremely uncomfortable playing at their stadium.Chelsea not to lose or to win.

Watch Wigan vs Chelsea match video Highlights and full match video after the match at Footballtarget.com