The World Cup 2014 Group stage ended with the last two games of Group H, in which Algeria thanks to 1-1 draw with Russia clinched the second place and for the first time in history reached the knockout phase of the competition. In the other match of Group H, Belgium entered their third win with a minimum 1-0 over South Korea and sealed the top spot. 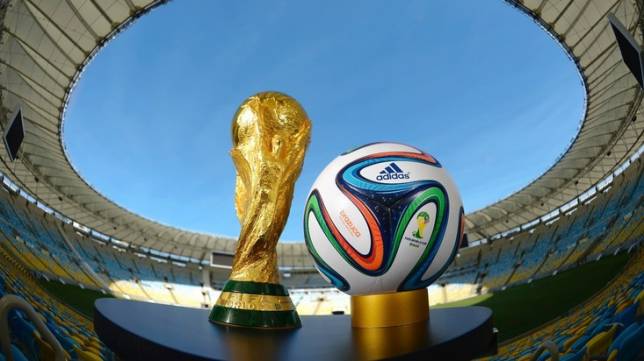 In the group stage of World Cup in Brazil , we saw a lot, had a few big surprises and a few shocks. Several World Cup champions ended their campaign already in Group stage, as Spain, the current World and European champions were sent home much faster than anyone could expect, while many still are talking about the referee’s who were mostly terrible. The good thing which we saw is definitely Goal technology, which made a debut in a 3-0 win of France against Honduras, when Karim Benzema’s goal was in focus of the Goal technology and regular.

A heavy lose 5-1 lose to Netherlands who sealed the top spot, 2-0 defeat to Chile was enough for Roja to book an early ticket home, as neither a 3-0 win against Australia in the last round could change things for the Spaniards. The Oranje finished on the first while Chile on the second.

Roy Hodgson’s England is the second biggest surprise, as the Three lions failed to enter at least a win. Defeat to Italy 2-1, 1-0 to Uruguay saw off the Englishmen already after the first two games. Last round match and a 0-0 draw didn’t helped England to at least enter a win.

Italy until the 81st minute of the game with Uruguay were IN , but Diego Godin’s header was enough for Uruguay to seal the Group Second place, behind the leading Costa Rica, and to send the Azzurri home. The match has marked Luis Suarez with biting the Italian defender for what FIFA served a four-month ban to Suarez and suspended the player from the World Cup in Brazil.

Speaking of the Group D teams, we must point out the most pleasant World Cup surprise, Costa Rica. Team built mostly of the unknown players surprised the football world after clinching the top spot above the Three World cup Champions, without a single defeat.

Greece after not scoring any goals in the first two rounds with a 2-1 win over the Ivory Cost from a doubtful 92nd minute penalty managed to seal their last-16 place, leaving Drogba & Yaya Toure’s team on the third and Japan on the fourth. Colombia probably as expected clinched their last-16 place, and finished the group on the first place of Group C with three wins.

The les Blues had an easy job in Group E, two wins against Honduras 3-0 and Switzerland 5-2 were enough for the top spot. The last round match France played with Ecuador and it finished with a 0-0 draw which saw off the South American side home. Honduras entered three defeats, and in their last round match they suffered a heavy 3-0 to Switzerland which has put the Swiss on the second.

One of the World Cup favourites, Lionel Messi’s Argentina had a lot of problems but in the end, thanks to their captain and team’s first player, Messi, the South American side enrolled three wins and finished the group on the first place. The second placed team despite the last round defeat was Nigeria, leaving Bosnia & Herzegovina in their debut World Cup campaign on the third with a point less. Iran finished on the fourth after winning only one point.

Group G with Germany, United States, Portugal and Ghana gave us a slight uncertainty, as until the last round each team could reach the knockout phase. Still, the Germans defeated 1-0 the United States, which luckily for the Americans didnt had impact and Jürgen Klinsmann’s side still managed to clinch the second place having four points, the same as Cristiano Ronaldo’s Portugal who defeated Ghana 2-1 in the last round where Cristiano Ronaldo scored his first and last World Cup 2014 goal. Goal difference was on USA’s side. Ghana after losing to USA, drawing with Germany 2-2, suffered a 2-1 defeat to Portugal and ended their World Cup 2014 campaign on the fourth with only one point.

As for the hosts, Brazil, after the World Cup Opening match with Croatia, the whole world was shocked with the slight push of the hosts by the Japanese referee. The Brazilians ended on the first place having seven points, the same as Mexico, but a better goal difference. Croatia ended on the third, and Cameroon on the fourth without any points and with the only one goal scored.

The round of 16 draw