World Cup – The round of 16 draw/ Quarterfinals draw & schedule

After 24 games played, the World Cup Group stage ended, with some unexpected results which saw off teams like Spain, Italy & England home earlier than it was exected. Brazil , Mexico, Netherlands, Chile, Costa Rica, Uruguay, Colombia , Greece, France, Switzerland, Argentina,  Nigeria, Germany, United States, Belgium and Algeria sealed their places in the knockout phase of the World Cup 2014 in Brazil and the first matches will be played on 28 June. 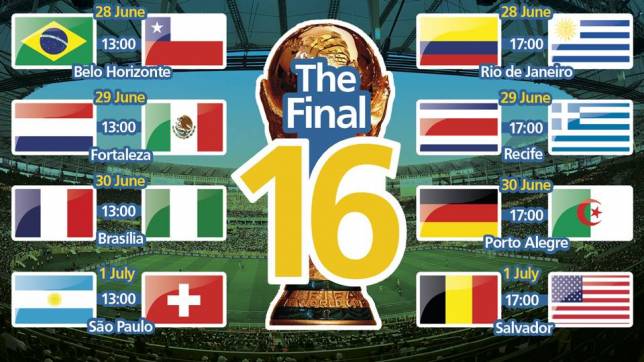 The round of 16 draw