With half of the 2016-17 Premier League season almost done and dusted, Manchester United had been completely written off as title contenders. In fact, Jose Mourinho’s side can now be backed at odds as long as 22/1 prior to New Year’s Eve to lift the title next May. The Red Devils started the season as one of the firm favorites along with their noisy neighbors Manchester City, but after harrowing defeats to City and Chelsea, United slipped seemingly out of contention. 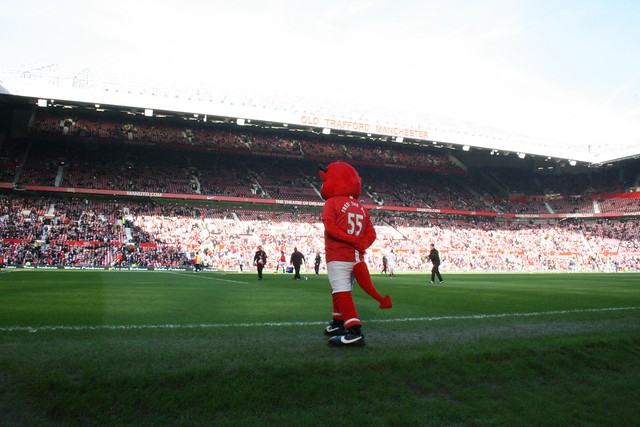 But fans from the red side of Manchester United shouldn’t despair yet. Since the 4-0 annihilation at the hands of Antonio Conte’s men in October, the Red Devils have gone on an unbeaten run in the league with a serious upturn in form throughout December. Star striker Zlatan Ibrahimović has recaptured his devastating eye for goal, and things are finally starting to click for Mourinho at Old Trafford. After the Boxing Day round of fixtures, the 13-time Premier League winners were on 33 points – just 6 behind City who were in second place at the time – only to be leapfrogged by Liverpool a day later. There is still a slim chance that United could turn things around and stage an onslaught on the title.

The man who has won league titles with six different clubs in four different countries took a little time to get into his groove in England’s top flight. After scoring in his first few games, Zlatan went on a six-game goal drought in the league and it was during this time that United’s hopes of winning the title diminished. During that dry spell, the big Swede was still firing off an impressive amount of shots on goal, he just wasn’t reaping the rewards. Now, though, everything is clicking for the striker and he is one of the frontrunners to claim the Golden Boot. At 4/1 it wouldn’t be a bad idea to use one of the free bets listed by Oddschecker to back the striker to go all the way.

For his age, Ibrahimović is in an outstanding condition and has played the full 90 minutes in every match he has started in the league this season. That’s every single match except the game against Arsenal that he missed through suspension. According to the man himself: “The older I get, the better I get, like red wine! I’m a perfect example of that. The older I get, the better I play. I’m settling in. I feel happy, I feel good. Even if I’m 35, in my mind I’m 20. I think I could play also at 50, but it’s not down to me.”

This self-belief is part of Ibrahimović’s driving force, but it also shows in his injury record. He has rarely suffered from serious injuries, and his longest layoff was for 46 days with a heel problem in the 2014-15 Ligue One campaign. In addition to that, Mourinho has stated that he plans to use the striker as frequently as possible.

Ibrahimović has been involved in 61% of United’s goals while on the pitch, highlighting just how pivotal he is to their attack. He has fired off 57 attempts on goals, with 31 of those on target. This is a much higher strike rate than any other forward in the league, including Alexis Sanchez, Diego Costa and Sergio Aguero. With fitness, form and an incredible ability all factored in, the former Paris Saint-Germain man could be about to get even better now that he has become acclimatized to England’s top flight.

One of the reasons why United started the season as strong contenders for the title was the appointment of Mourinho. Prior to his dismissal at Chelsea during the Blues’ miserable title defence, the Portuguese had generally been considered as one of the best managers in the world. He stepped into the Old Trafford job with three Premier League titles under his belt, along with the experience of having won the Champions League with two different clubs.

Although things haven’t gone too smoothly for Mourinho in recent times, with a bit of time at United he will prove his doubters wrong. After Arsene Wenger, he has more experience of England’s top flight than any of the other managers in contention for the title. The Special One knows how to juggle the various competitions and set his teams up for the more difficult fixtures. He also has a strong history of frustrating the other top teams by grinding out draws against them or securing narrow victories. This will be essential when United face their title rivals in the second part of the season.

Mourinho’s transfer activity in the summer now looks to be well justified. Along with Zlatan, Paul Pogba has started playing with freedom and the manager expects him to get even better with more game time. On the few occasions he has played, Henrikh Mkhitaryan has also impressed, and once fully fit should become an integral part of this new-look United side. Eric Bailly was strong in defence up until his injury, but since then Mourinho has struck on a preferred central partnership at the back meaning there is no place for the new signing at present. He does offer exceptionally strong backup, however.

The transitional phase under any new manager often takes time, and Mourinho’s counterpart at City – Pep Guardiola – is also having a rockier debut season than many expected. If Mourinho is given the time he needs he will turn United into a formidable force again, but perhaps fans will have to wait a few more years to see the full effects of the former Chelsea man’s footballing philosophy.

History in Their Favor

In the past, United have reduced deficits as big as this to go on to lift the trophy. In the 1996-97 season, Newcastle United was beating the Red Devils by 12 points earlier in the season, but by the end of the campaign Sir Alex Ferguson’s side won the title with 7 points on their nearest challengers.

In 2002-03 Ferguson pulled off another dramatic triumph, clearing an 8-point deficit to Arsenal by going on an 18-game unbeaten streak from Boxing Day onwards.

A Little Bit of Luck

It is fair to say that although many factors are in United’s favor, they still need some luck if they are to bridge the considerable gap between themselves and the leaders. As it stands, Conte’s Chelsea are running away at the top of the table, and it is the Blues’ title to lose. For anyone else to be in with a shot of leapfrogging them they not only have to beat them, but Chelsea also have to slip up elsewhere. It would be some feat if this Chelsea juggernaut managed to keep on winning matches until the end of the season, but the 13-game winning streak that they embarked on after losing 3-0 to Arsenal all the way back in September hasn’t shown any signs of slowing yet.

All United can do is carry on impressing in the same way they have over the past month. If Ibrahimović can keep up this blinding form, and if Mourinho can rekindle some of the fierce passion he used to possess in the past, the Old Trafford side have a decent chance of making a Champions League spot. And if luck is on their side and the Chelsea machine does grind to a halt, they could go all the way to the top.