Aston Villa brought themselves into a situation in which they can not sleep peacefully yet. Altought,draw at Anfield against Liverpool (video) made a big difference for them,and although all they challengers for regulation from Premier league,lost they matches,Villains are entering into the league “finale”, and they have only 6 points above relegation zone,with a game less. Points from this meeting,for them are very important, the next round is following the visit to Old Trafford and Manchester United,which means almost certain defeat. 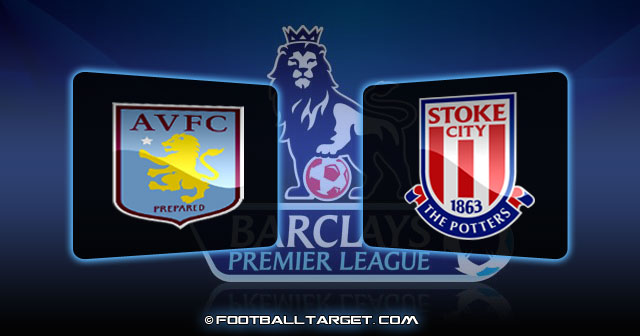 Good news for the team from Birmingham is that Stoke sleeping a kind of hibernation. Stoke in last six game, have won just one game and manage to take two 2 points (against Tottenham and Manchester City).However,last match at Britannia they manage to come back and win the match against Wolves with 2-1 (video),so it looks like they starting to wake up,to finish thing they start this year. Unlike Villa ,Stoke has no reason to worry, they can be relegated only theoretically, twelve points is a great stock for the league finale.

This Monday, Stoke don’t have to travel far,as Birmingham is only fifty kilometers away from their clubs and there is much rivalry, so guests will surely be motivated to push Villa to bottom.

“The first half performance was great and I’m very proud of the young players, helped by the experienced players in the team,” he said.

“Sometimes you have to find out the hard way when you are not sure if they are ready and then they go and produce performances like that.

“Andreas Weimann came off with an injury last weekend and did not train all week and we felt it was a risk to start him after his performance against Chelsea.

“Gary Gardner did not train all week due to a virus and these young boys are doing Villa proud, they will run their hearts out for the club.

“They are real young lions and a credit to the academy. Nathan Baker looks like he could be a great young centre-half.

“There are so many I can mention – Samir Carruthers came on as a sub and had the cheek to take on Stevie Gerrard on the right wing but I suppose that shows the confidence of the young players.

“They really have high opinions of themselves without being too cocky.

“Chris Herd has had to get a fast-track in the Premier League and you can see the progress he has made and he scored a terrific goal.”

“I thought the front lads were absolutely brilliant (against Wolves),” Whitehead told the club’s official website.

“Crouchy and Jon (Walters) never stopped all game, and the deliveries from the wingers (Pennant and Matthew Etherington) were top notch as always.

“When you give players like Crouchy that sort of quality, they are going to score goals.

“He has scored quite a few recently, and I really don’t think there are many better than him in the league at the moment.”

Prediction : Although Stoke has good defence,Aston Villa with a win in this match ( knowing their next game is against Man Utd) can make a big step toward securing Premier league status.Villa needs a win,and we are certain that it won lose.