Cottagers this Monday,welcome Chelsea Blues at their  Craven Cottage.Both teams entering this match in a very good form and they hope to continue with their good performance..

After they show great improvement in the second half of the season,Fulham has experienced a small drop in form after three lost matches in a row. 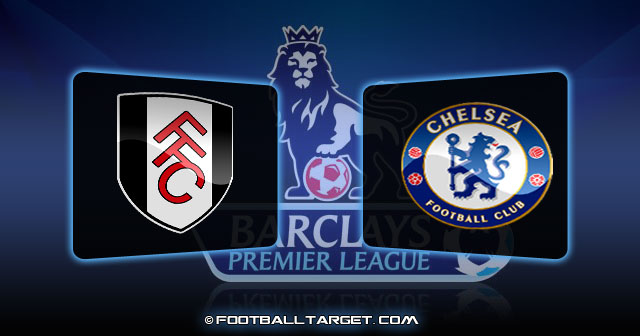 Cottagers, however very soon have found their right way game to ge positive results, when they managed to tie the two wins over  Norwich and Bolton which provided them to return to the middle of the league table.

Fulham  is currently on the tenth place with 42 points,where they score and concede the same goal difference of 42 goals, in 32 league games played. due the recent good run of Blues,Fulham  coach Martin Jole will be probably be satisfied with the draw from this game,but this is football,and we can expect from Fulham players to go for a win.

As for this duel Andy Johnson, Steve Sidwell and Zdenek Grygeraare set out due to injury but Jol hopes that Pavel Pogrebnyak will be ready for the encounter against the Blues.

Visiting team was quite lucky this season in all competitions and
although they had the most problems due to disagreement between player-coach, this situation has greatly changed when the former coach Villa – Boas was fired and in his place came the charismatic Italian Di Matteo who was able to connect and find what was missing in this team.

Chelsea remain in the race to finish among the top four on the table thanks to a somewhat happy victory which they achieved  in the last round against Wigan 2-1, where Juan Mata scored in compensation time,and secured a win for Blues.

With this victory Chelsea remained just three points behind fourth-placed team or Tottenham or five points behind Arsenal ( if count Sunday win over Man City – Video ) .With Chelsea, Newcastle is another team who fights for a place in the Champions League, and they also play on Monday,like Chelsea,so competition for Champion league places is tough,and Chelsea will have to beat Fulham if they plan to  keep their hopes of going to the biggest competition.

After winning three of four there last meeting certainly Chelsea footballers will do everything to continue the winning series, which they have in recent times.

“We are in a crucial moment for us. Next week, we are playing in the FA Cup semi-final, Champions League, still fighting for the third and fourth position in the Premier (League).

“The faith, I think, is more important than the muscles or feeling tired. So, we are training well to be ready for Monday.”

In this game we can expect returns to first team of Frank Lampard,Ashley Cole and Ramires who missed the match against Wigan so, we can expect a 4-2-3-1 formation with Cech,Ivanovic, Luiz, Cahill, Cole, Lampard, Mikel, Ramires, Mata, Kalou and Torres in first line-up.