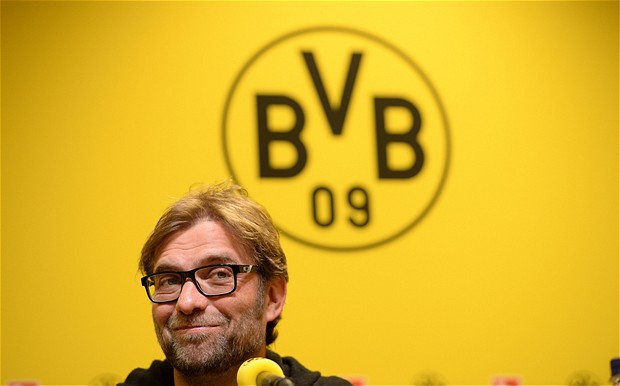 As the footballing world recovers from Klopp’s decision to leave Dortmund, rumors have started floating around for his next adventure. The most likely destination looks to be the Premier League, league which Klopp admires. He spent seven seasons at Dortmund, winning two Bundesliga titles and the German Cup. Clubs admire him for his charisma, plus he is one of the young managers which promises you a future. He has shown that he could do a building job pretty well, with his spell at Dortmund. So as he plans not to take a break, let’s have a look at the five most likely clubs he could manage.

Surely some of you might be scratching your head by reading this. Jurgen Klopp to West Ham? Well, West Ham did start the season brightly and even were 4th in the table on Christmas. New signings of Enner Valencia and Sakho blended in well, Stewart Downing was rejuvenated in the central role and a brand of attacking football which was pleasing to the eye. However, towards the end, West Ham’s season has slumped, with Sam Allardyce all but set to leave West Ham. With the move to their new stadium next season, increase in revenue and a team that played with attack and flair could be a tempting option to Jurgen Klopp. Especially considering he does a good building job. However, he already rebuffed West Ham once. Well, who knows? There’s still time for anything to happen.