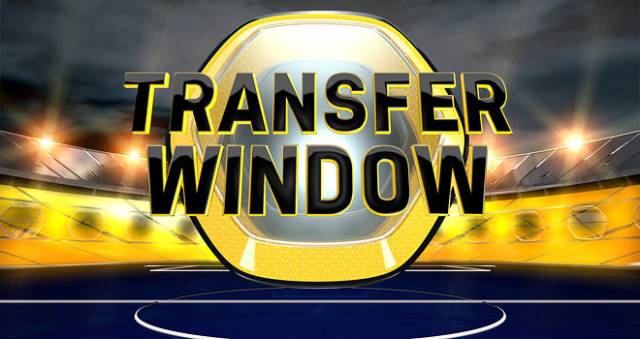 Maybe we got used to see huge transfer news, especially in Premier league, where the English clubs in the last minutes of transfer window cash out huge money to sign players. But this time that wasn’t a case, which doesn’t mean that there was no signing, quite opposite, a record of £870 million was spent this summer transfer window.

Still despite Manchester United’s panic last-minute buy, the biggest transfers were complete before the last day. So let’s start a transfer deadline round-up, with focus not only on Premier league but other top leagues as well, where the clubs have hit the deadline a day before. As for bigger transfers Virgil van Dijk from Celtic joined Southampton (15,7 million) while Everton cashed out 13 million to sign River Plate Striker Ramiro Funes Mori.

ARSENAL could be called the biggest losers of this summer transfer window. Besides brining in Petr Cech from Chelsea, Gunners remain empty handed in all other ways. From before Wenger’s target Morgan Schneiderlin has opted to join Man Utd, while other midfielder Geoffrey Kondogbia has opted to join the Italian side, Inter Milan.

Wenger for some time was trying to capture Real Madrid striker, Benzema but his wish to sign the striker was not successful.

That’s why on the last day of the Premier league deadline, Wenger went to Paris to try to sign PSG striker Cavani and another player from the Ligue 1 champions, Rabiot.

Of course, he come back empty-handed, and by some reports, Gunners have tried to sign Juventus striker Zaza, but Sky Italia reported that Arsenal failed in a late bid, so it seems that Wenger will have to wait next transfer window to sign some players.

As for departures only Lukas Podolski who was on a loan at Inter has left the Gunners to sign for Galatasaray.

The Blues were very active this transfer window, from before the Spain winger Pedro joined the club from Stamford Bridge, for 20 million Mourinho signed a left-back a Ghanaian footballer Abdul Rahman Baba from Augsburg and Petr Cech replacement from Stoke City, Asmir Begovic.

As for the players-out, Filipe Luis re-joined Atletico Madrid after failling to get more playing minutes, Cech joined Arsenal, while Cuardado shortly after coming to England came back to Italy, to Juventus on a loan.

MANCHESTER CITY
The Citizens have finished their “job” earlier with signing and breaking some records to capture Kevin De Bruyne from Wolfsburg Raheem Sterling from the Reds. To boost their defence Man City splashed out almost 45 million for Otamendi. Manuel Pellegrini’s side spent the most in Europe.

As for the players-out, Alvaro Negredo’s move to Valencia was the most cashed in by the Citizens.

From before the Refs have signed Firmino and Benteke, both for over of 40 million, Clyne switched his side and joined Liverpool for a fee of almost 18 million.

The Red Devils from before have signed some crucial players, but Louis van Gaal was desperate to sign a new striker following Robin van Persie’s departure to Fenerbache. Falcao from before has left the Old Trafford and joined Chelsea. Chicharito for 12 million have signed for the Bundesliga side, Bayer Leverkusen, meaning that the Dutch boss was left with only Wayne Rooney in attack. It was a time to raise the alarm!

Despite saying that Man Utd won’t make panic transfer moves, it looks like that LVG did exactly that by cashing out more than 50 million with bonuses for Monaco’s young striker dubbed as the next Thierry Henry. Dont get us wrong, Martial has some fine skills, but it’s absolutely ridiculous to cash out so much money for the “NO NAME” player. Man Utd captain Wayne Rooney even asked his teammate Schneiderlin who is Martial!

The Hotspurs’ biggest doubt was would they be able to stop Harry Kane of leaving. That mission was successful and they cashed out 30 million to even boost more their attacking force by signing Bayer Leverkusen striker Heung-Min Son. From Atletico Madrid, Toby Alderweireld arrived for 16 million. As for departures Soldado joined Villareal for 16 million while Paulinho in a shocking move, we guess “money talk” from before joined Evergrande in a 14 million worth deal.

The London Hammers on the last day have brought in even four players. Micheill Antonio from Nottingham Forrest (6,5 million) , Nikica Jelavic from Hull City, Moses on a loan from Chelsea and Alex Song on a season-long loan.

• Aston Villa have signed Tiago Ilori on loan from Liverpool.

• Everton have confirmed the signing of Aaron Lennon for £4.5 million from Spurs.

• Leicester City have signed Nathan Dyer on loan from Swansea City for the remainder of the season.

• Watford have signed Obbi Oularé on a 5-year-deal from Club Brugge.

Regarding the other European top leagues in which a transfer window ended a day before, in Spain Barcelona remained calm on the last day, but before the Catalans have signed Arda Turan from Atletico Madrid and Vidal from Sevilla while Real Madrid due to an absurd situation have failed to sign Man Utd goalkeeper David de Gea.  Still the Los Blancos have cashed big to sign the Croatia International midfielder Mateo Kovacic from Inter Milan. Joaquin from Fiorentina returned to Betis, Raul Garcia joined Athletic Bilbao.

As for the latest transfers in Bundesliga, Januzaj on a loan joined Borussia Dortmund, while from the same club Jakub Blaszczykowski left and joined on a season-long loan Fiorentina. Bayern Munich from before have signed Douglas Costa, but the last Bavarians have sold their defender Dante to VfL Wolfsburg. Bayer Leverkusen bougth Chicharito and cashed in Son who signed for Tottenham while as for the players in VfL Wolfsburg surprised many by investing cash from Keven de Bruyne’s transfer to Man City and using the same to sign Schalke’s wonderkid Draxler. The Wolf’s did not stop there as from Tottenham they have signed Ismail Azzaoui.

It was a long ago when Italian clubs were active so much in one transfer window. The Champions league runner-up, Juventus, after Man City have spent the most in Europe. From before Juve have signed, Dybala, Mandzukic, Cuardado on a loan, Zaza from U.S. Sassuolo while on the last day after failing to sign Draxler and Nasri, the Bianconeri have signed Hernanes from Inter and Mario Lemina.

AC Milan on a loan have signed the Why Always him, Mario Balotelli after previously signing in Bacca, Luis Adriano, Giacomo Bonaventura and Alessio Romagnoli.

The other Milan’s club, Inter on the last have signed Felipe Melo, Adem Ljajić and Alex Telles while from before the club signed Miranda, Murrilo, Davide Santon, Geoffrey Kondogbia, Stevan Jovetic and Ivan Perišić from Wolfsburg. As for players out, the most notable is a sell of Kovavic to Real Madrid.

AS Roma was active as well, on the last day  Emerson Palmieri joined the club while on a loan came, from PSG a fullback Lucas Digne, Dzeko from Man City, Iago Falque from Genova and Ezequiel Ponce from Newell’s Old Boys. From before William Vainqueur has signed with the Giallarossi. Napoli have signed Bayern Munich Gk Reina while Fiorentina have signed the Croatian striker Nikola Kalinic from Dnipro.

In France PSG was not active on the last day but from before the Ligue 1 champions have signed Layvin Kurzawa from Monaco, Di Maria from Man Utd, Kevin Trapp from Eintracht, Sergie Aurier from Toulouse and Benjamin Stambouli from Tottenham. AS Monaco cashed in a good money on the last day by selling Martial to Man Utd.

From before Abdennour for 25 million joined Valencia, while as for the players in Coentrao on a loan has joined Monaco from Real Madrid and the club have signed several new players this transfer window like: Fabinho from Rio Ave, Adama Traore from Lille, Thomas Lemar from Caen, Farès Bahlouli from Lyon, Ivan Cavaleiro from Benfica and Guido Carrillo friom Estudiantes.

Marseille have sold many first team players this transfer window (we still dont get it)  while as for biggest transfers in, Lucas Ocampos has made a permanent switch after being on a loan from Monaco, from Metz Bouna Sarr joined the club and the same did Nantes Georges-Kevin N’Koudou.