Arsenal will face Burnley this Saturday at Turf Moor as the hosts will try to construct on their last week draw against Gunner’s rivals, Tottenham. A Good result would be helpful for both sides , as the Claretts would move away from the relegation zone.On the other side Arsenal would secure their 8th consecutive win on Premier League. 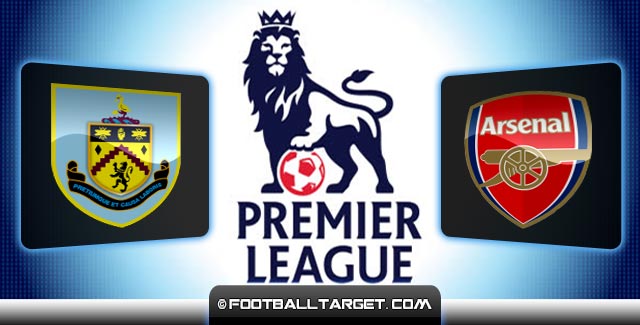 Burnley
Given to the great performance against Tottenham, there will not be many changes on Burnley line up.Sean Dyche doesn’t rotate often his squad , as he have started 25 of 31 games with the same line up.

Sean Dyche is hoping that Matt Taylor will be available to face Arsenal this weekend after suffering and injury [Achilles].

Arsenal
A Victory at Turf Moor would keep Wenger side at the second place after gaining it last week from Manchester City. The Gunners smashed Liverpool 4-1 at their home thanks to Bellerin, Ozil, Sanchez and Giroud’s goals.

Seven consecutive wins at Premier League has made Arsene Wenger side as one of the most likely title challengers in the left 7 weeks. Arsenal remain 7 points away from Jose Mourinho’s side.

On the prematch press, Wenger hailed Burnley’s performances at home and the thinks that his side must prove themselves if they want to keep the second place.

He said: “Burnley are quite efficient at home, therefore we have to make sure we produce the expected performance.

Some good news for Wenger as Arteta and Debuchy returns to the squad, meanwhile Jack Wilshere would make his return on the next week against Reading.Aaron Ramsey and Woijcech Szczesny will be on the starting line up against Burnley, meanwhile Alex Oxlade-Chamberlain will be sidelined for another two weeks.