Chelsea sacks Di Matteo,Guardiola or Benitez are next?!

You are here
Home › chelsea › Chelsea sacks Di Matteo,Guardiola or Benitez are next?!

What in the previous few days was mentioned, today received an official confirmation.Chelsea on its offical site has published the termination of Roberto Di Matteo contract , the man who brought Chelsea for the first time in their history the Champions League trophy.

The team’s recent performances and results have not been good enough and the owner and the Board felt that a change was necessary now to keep the club moving in the right direction as we head into a vitally important part of the season.”

Roberto Di Matteo has left the club only half a year after the sensational winning of Champions League and the FA Cup.

Defeat from Juventus in the Champions League (0:3), after which the chances of Chelsea to reach the knockout stage are really small,proves to be a decisive one for Di Matteo´s departure with Chelsea. 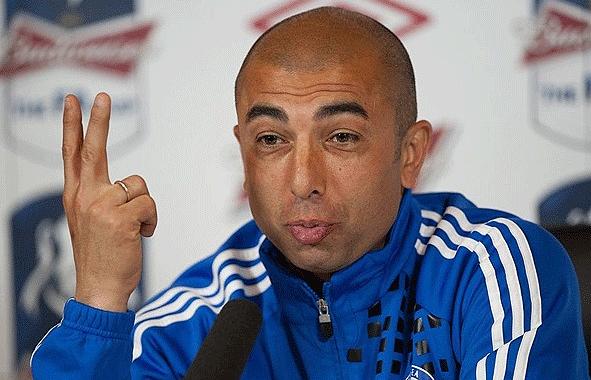 As stated on Chelsea official site , the club will be making an announcement shortly regarding a new first team manager.

Two names according to lot of media are the possible successors for the hot seat of the current European champion.

A former Barcelona coach,Pepe Guardiola and a former coach of Liverpool Rafa Benitez.

Roman Abramovic first wish is to bring Pepe Guardiola at the Stamford Bridge,but the problem is Pepe has taken “rest” from football until the summer of 2013,and that is the big problem in this scenario.

According to The Telegraph, Guardiola is being spoken to directly by Roman Abramovich as Roman is trying to convince him to manage Chelsea. The deal could be completed within hours today, or latest by tomorrow.

Former Reds coach Rafa Benitez so far have better chances to jump in on the hot seat of Chelsea,and he has already Rafa confirmed his interest in the Chelsea job .

According to Source- BBC radio 5live,Rafael Benitez is currently on his way to London.