AC Fiorentina have signed Chelsea winger Mohamed Salah on a season-long deal while at the same time The Italian club sold The Colombia international, Juan Cuadrado to Chelsea for reportedly around £26m. 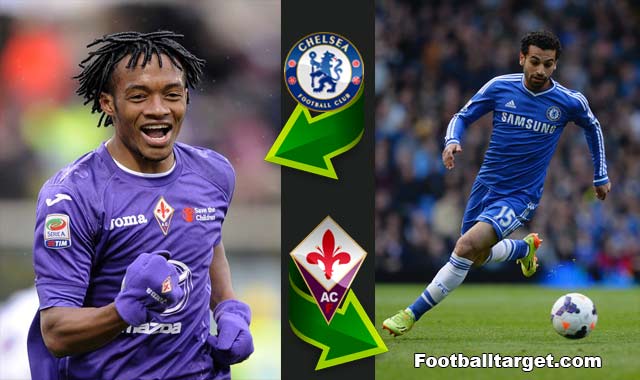 After struggling to get the minutes on the pitch, only three appearances in the Premier League, all coming off the bench, The 22-year-old attacker, Salah who joined Chelsea FC from Basel FC for £11 million last January, decided to go on a loan to Serie A club, hoping to revive his career. With less competition on his place and Cuardado going other way, Salah should do exactly that.

Colombian attacker Juan Cuadrado completed his protracted transfer from Fiorentina to Chelsea as the transfer deadline loomed on Monday.

Speaking about the deal Cuadrado – Salah last week, Fiorentina boss Vincenzo Montella said: “It was a sale that had to be done. The club has done the right thing because we are also getting a very good player in return.

“Naturally, we need to understand how long he [Salah] will need to adapt to our football as it’s different from the English and Swiss leagues. From a defensive standpoint, Cuadrado guarantees us a lot more than Salah.”

As we reported last week, Chelsea have completed signing of The Colombia International, Juan Cuardado.