Manchester City Arsenal will reportedly send a bid worth 35 million euros for Robin van Persie and to the Dutchman Citizens would offer weekly earnings in the amount of 235,000 €.

After they had ‘hijacked’ Kolo Toure, Gael Clichy and Samir Nasrija, Manchester City preparing a new attack on the Arsenal dressing room. This time on the line is the best Premiership scores and the captain of ‘Gunners’ Robin van Persie (28). 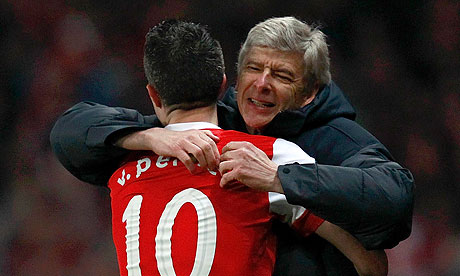 City is, according to The Sun, ready to offer around 35 million euros to Arsenal and the player would have given a salary in the range of its highest-paid players, about 235 000 euros per week. City saw the opportunity in the fact that Van Persie has refused to extend his contract with Arsenal for another year and a half, even though the club president announced that the Dutch by the end of the season will sign a contract. If Arsenal agrees to bid, City should have no problem with Robin since his current week of salary is around 90,000 euros.However, in the City’s announcements may be hiding an attempt to destabilize Van Persie and ‘Gunners’ before tomorrow’s derby at Manchester .