It seems that Bayern Munich striker Mario Mandzukic is on his way from Germany , with Robert Lewandowski due to join Bayern from Borussia Dortmund this summer. The news got even hotter when Pep Guardiola announced the 18-man list for the DFB Pokal final without Mandzukic, despite being fully fit. 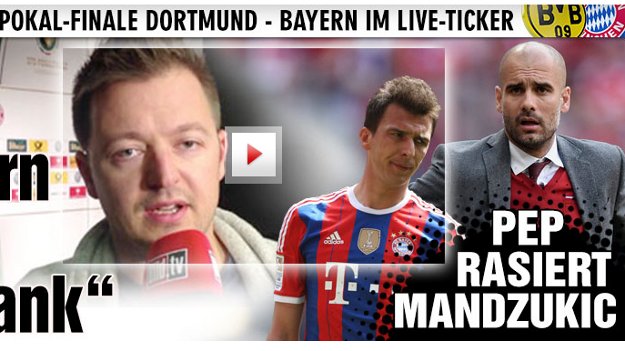 “Bayern is one step away from finishing a spectacular multi-million transfer, with which a new player of Bayern should become Chelsea defender David Luiz.

That news presents exclusive the German Bild, which states that a deal worth 30 million euros could be done by the end of this week.

On Thursday evening, apparently there was a clash between Pep Guardiola and Mandzukic.

“I wish you all the luck in your new club,” Guardiola said to him, while Karl-Heinz Rummenigge has not spoken about this issue.

“It was my decision.’s Not a question of injury, he could play the finals,” Guardiola confirmed today at a press conference, departure of the Croat attacker from the Bavarian club.