Young Croatian football player Josip Radosevic who plays for Hajduk Split,has agreed to deal with Italian football club  Napoli after a few days of negotiations.The deal is worth around € 3,5 millions.Another Italian club,Parma was involved also in this deal,but the player himself has decide to go Naples. 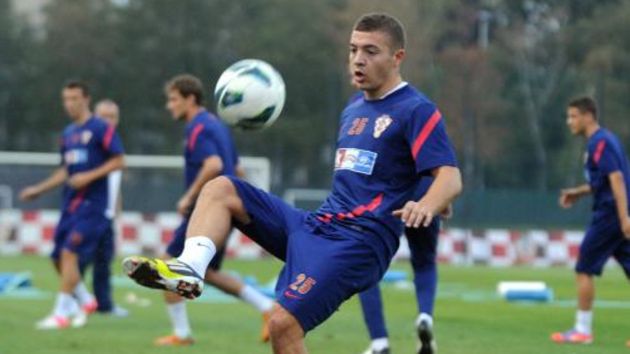 A promising star of Croatian football,for whom this was only the first professional season,and has played only arround 25 matches,has made a debut in the national team of Croatia.Napoli was trying to close this transfer soon,as the talent of Josip Radosevic surely will grow much more and the price eventually would be much higher.

Hajduk´s star Josip is playing on a defensive midfield position and already in the first season has become one of the key players of Hajduk Split,and is already dubbed as the new Gennaro Gattuso.

This Monday Radosevic will travel to Naples to complete a medical and to sign a contract with Napoli until summer 2017.