On Sunday in the fifth round of the English Premier league on the schedule are even two big derbies, and in the first of them on the famous Anfield Road,Liverpool,who once again opened the season very poorly and is currently only in the 17th place with just two points, will host their biggest rival Manchester United, who in the first four rounds have won nine points, and currently occupies the fifth place with a one match less. 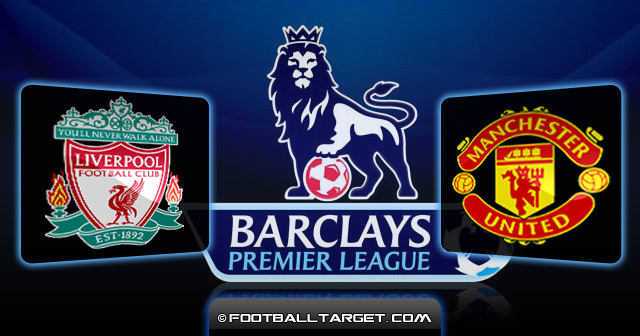 Otherwise, these two teams have a very rich history of mutual matches, but this time we will mention only statistics from the last season, when United won the Premier league at home and gotten a draw at Anfield, while Liverpool still managed to get one win at home, and that was in the eight final round of the FA Cup.

We have already said in the introduction that the “Reds” are big debtors to their own fans after a poor start of in the first four rounds,in which they won only two points.Especially here we think on an away game against West Brom, where they was defeated at the start of the season with an even 3-0, and a 2-0 defeat at home in the third round against Arsenal, while in the meantime they managed to come up with two draws,the one against the current champion Manchester City and the last weekend away at Sunderland.

In addition, also in two play-off matches of the European League against the Scottish Hearts they were not brilliant, but they managed to qualify for the group stage, where just three days before they shown their best game of this year, as a guest against Young Boys they celebrated with 5:3.

Anyway, in that match the coach Rodgers rested his two best players, captain Steven Gerrard,and striker Suarez, from what the younger players took the advantage, like Shelvey and Sterling, and they will probably find a place this time in the first lineup, given the bad form of Sahin and Downing.

The rest of the team should remain the same as in the match with Sunderland, but what should be added is that still out of action are only injured midfielders Lucas and Cole.

As opposed to “Reds”, Manchester United’s players have failed so far only in the first round of the Premier League when they were defeated by Everton, but after that, they quickly recovered and lined three victories, while scoring 10 points, of which four of them are work of this year’s biggest signing Robin van Persie.

With nine points, “Red Devils” are currently on the fifth place of the Premier League, with 4 points behind the leading Chelsea,but also they have a one match less. Certainly is an interesting fact that in their last home match win of 4-0 against Wigan opportunity to play got some players who in the previous three rounds warmed the bench .

But already in the first round of the Champions League group stage, “Red devils” at home against the Turkish champions Galatasaray, played in the currently strongest lineup from the first minute.Man Utd won the match with the minimal 1:0, and Nani missed a penalty.

It could be seen that Man Utd´s players played relaxed, as they were probably already in their “minds” in match with “Reds”, which they havent beated at Anfield for the last five years, and it certainly something they will try to do now.

As for the team, after a good match in the Champions League on goal will go back young De Gea, while it is expected that recovered Cleverley or Fletcher could replace Scholes in the midfield Scholes.Defenders Smalling and Jones are still out of team due to injuries,while strikers Rooney and Young may return to the Manchester United´s bench.

Match prediction : Although having in mind the current Premier league form of Man Utd it would be good to take the option Man Utd no to lose this game,despite failing to win at Anfield in the last five games,and Livepool their best games provide exactly at this derbies at home,another fact says that both team have scored a goal in their last five mutual matches.

Watch Liverpool vs Manchester United online from our live stream section.Match highlights and full match video will be available after the match.