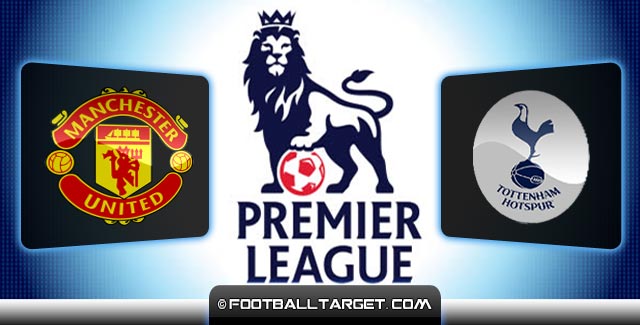 Manchester United and Tottenham will open a new Premier league season at the Old Trafford and the Red Devils boss Louis van Gaal looking to change a team for another title race has had another busy summer at the transfer market.

With so new players, Louis van Gaal will try to avoid a second successive opening-day defeat at Old Trafford (last season Swansea City shocked Old Trafford), but also from the start to show that he means business regarding Premier league title. LVG is not quite done regarding the players IN or Out, as David de Gea still could be on his way to Real Madrid, while a Dutch coach still will try to sign a striker, defender and the Spain international from Barcelona Pedro.

Last season Manchester ended a two straight defeats against the Spurs at home with a 3-0 win, while at the White Hart Lane the Red Devils have played a draw. Both team were in a fight for the Champions league places until the end of the last season, but Man Utd in the end booked their place while the Spurs remained on the fifth place. Speaking of the upcoming match with the Spurs, Man Utd boss has answered some tough questions regarding Di Maria and David de Gea who wont play this Saturday, while Fellaini is suspended.

As we mentioned above the Spurs have finished on the fifth place last season, meaning without Champions league competition, but still they booked again Europa league place. While it’s expected that Tottenham buy some players in attack considering that according to some rumours Soldado and Adebayor are looking for new clubs, Spurs boss Mauricio Pochettino has already strengthened his defence by bringing in Kieran Trippier, Toby Alderweireld and Kevin Wimmer. The board is happy with Pochettino’s job at the White Hart Lane especially as he promoted some younger talents like Mason, Bentaleb and of course Harry Kane who eventually even managed to break through to the second place on the list of the Premier league top scorers. Vlad Chiricheș, Paulinho, Capoue, Stambouli and Kaboul have left the Spurs but they were mostly a substitions last season.

Roberto Soldado (back) and Andros Townsend (shoulder) are doubtful to play while Pochettino will rely on the players he used in the Audi Cup this week where the Spurs have beaten AC Milan and have lost to Real Madrid.